Imagine if every noise your body made echoed loudly in your brain. For nine months, Karrie Aitken, 46, couldn’t tolerate any sound, including her own voice. Each word vibrated in her head like she was trapped inside a barrel. Munching on chips was deafening. But hearing her heartbeat was the worst.

“My heart pounded like a drum in my ear 24/7,” described the Chatsworth mother of three. “It drowned out music, television and a roomful of people talking. I had to take anxiety pills to fall asleep; the noise never went away.”

Karrie’s bizarre auditory symptoms were accompanied by hearing loss, ear pain, poor balance, vertigo and nausea. Multiple trips to the E.R. and various physicians proved fruitless. Doctors advised her to get a hearing aid and see a psychiatrist, and blamed her symptoms on sinusitis and anxiety attacks.

Depression consumed Karrie’s life; she lost 40 pounds and cried constantly. Finally she was examined at Ronald Reagan UCLA Medical Center by head and neck surgeon Dr. Quinton Gopen. He told her, “I know what you have.” 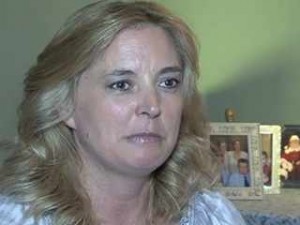 Aitken suffered from a rare disease called semicircular canal dehiscence syndrome (SCDS), caused by a tiny hole in one of the three canals inside her left ear. A CT scan revealed that the bone separating the superior canal from the brain had thinned, opening a small pore between the two areas that broadcast sounds from Karrie’s body directly into her inner ear.

Gopen partnered with UCLA neurosurgeon Dr. Isaac Yang to open Karrie’s skull, push the brain out of the way and plug the miniscule hole in her ear canal. When Karrie awoke, the loud echoes of her heartbeat and voice had vanished. Her hearing is good as new, and she has regained her appetite and enthusiasm for life.

According to Dr. Gopen, Karrie’s frustrating journey toward diagnosis isn’t unusual. Superior canal dehiscence wasn’t identified until 1998 – a recent enough discovery that it’s just beginning to be added to textbooks and taught in medical school. As a result, Dr. Gopen says, most physicians are not familiar with the rare syndrome, which affects an estimated 1% of the population.

Dr. Yang and Dr. Gopen recently published the first overview on SCD in last month’s Journal of Neurological Surgery. Their goal is to educate their colleagues so other patients don’t have to suffer Karrie’s ordeal, and to share the best way to uncover the ear-canal hole – typically the width of three human hairs.

Edna Baradas was nearing the end of her pregnancy when she found a lump. She asked doctors to delay telling her the results of their tests, and it wasn’t until shortly after daughter Ella’s birth that Edna learned she had breast cancer.

Receiving the news she had cancer so soon after the birth of her child was a shock. “I just remember thinking, ‘Oh, what if I’m not around?’” Edna says.

She turned for help to the Revlon/UCLA Breast Center. There, the specialists who would be involved in her care – from the radiologist who would read her scans and the pathologist who would review her slides to the medical radiation oncologist and breast surgeon – work within close walking distance to each other, easing the burden on patients who must be seen by many different specialists during the course of their treatment.

Edna and her medical team opted for removal of both her breasts, followed immediately by reconstruction using a flap of Edna’s own abdominal tissue. “We had to remove the cancer, but at the same time reconstruct her [to] avoid the sense of loss for her as far as her body image,” says plastic and reconstructive surgeon Jaco Festekjian, M.D. “The most aesthetic and good-looking outcomes are the ones that are done immediately at the time of the mastectomy.”

For Edna, the entire experience was something of a “whirlwind,” but she says the care and compassion she received at the Breast Center helped to guide her to the decisions that were right for her. “When I think of my hopes and dreams for our family, I just know I’ll be around that long,” she says.

James Matthews thought the increasing levels of pain in his neck and the numbness that ran down his right arm were just a routine part of getting older. “All through these 10 years, I accepted it, thinking it was normal,” says the 54-year-old administrative manager.

But the symptoms James was experiencing were anything but normal. Deterioration in the discs of his neck caused the bones to press against and choke his spinal cord, triggering the pain and numbness, explains Nick Shamie, M.D., an orthopaedic surgeon with the UCLA Spine Center.

“Because this had happened gradually, he had gotten used to it and he had accepted this as part of aging when, in fact, his rest of the body was not aging as rapidly as his neck was,” Dr. Shamie says.

Dr. Shamie operated to correct the condition. Through a 4-inch incision in James’s neck, he removed painful bone spurs, protruding discs and deteriorating vertebrae, and replaced them with a plastic spacer and supporting plate. James returned home the day after the surgery and quickly resumed normal activities.

The operation “gave me my life back,” he says. Since his surgery, James has been pain-free. “I had an outcome that I didn’t believe was possible,” he says.

Dr. Shamie notes that “surgery nowadays has become incredibly safe.” It is less invasive and there are better methods for treating problems. Patients in pain “don’t need to continue living with pain,” he says.