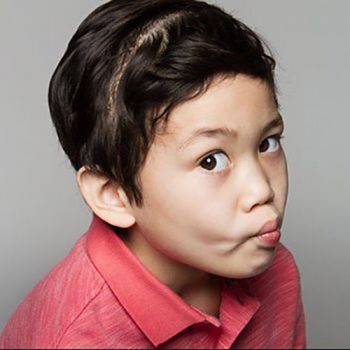 These were just a few of the initial thoughts that began chipping away at our family’s hope and expectations for our son. Our fear and despair wrapped its tentacles around my family as if we were all being dragged down to the bottom of the sea. This was OUR son. This wasn’t about a magazine article I read regarding someone else’s child or an emotional episode of Grey’s Anatomy. This was personal, real, visceral and nightmarish. This was our story. This was HIS story. A tale about a four-year-old mischievous boy, named Gio, whom would fight tooth and nail to get his way, no matter the challenge or obstacle. Despite his diagnosis, my son’s journey of battling epilepsy, his resilience and fortitude would prove to be his strongest asset. He once told me, “I have epilepsy, I’m not epilepsy.” Forty seizures in an hour. Pharmaceutical resistance. Keppra, Oxcarbazepine, Vimpat, Depakote, Topamax, Dilantin, Klonopin and Diastat. Eventually, Gio found his way to UCLA Mattel Children’s Hospital in the open arms of Dr. Raman Sankar.

Raman Sankar. Not to be confused with the legendary sitar virtuoso Ravi Shankar, as a confusing initial introduction caused me to look like a fool in front of the man who would eventually be instrumental in saving my son’s life. What can you say about a man whom you feel in eternal debt to? There are no words that adequately express my gratitude to him and to every person at UCLA. After a myriad of tests in 2015, Dr. Sankar eventually discovered that my son developed a brain abnormality in utero known as cortical dysplasia. Located in the left frontal lobe, his abnormality was operable, existing in area of the brain that would not negatively impact cognitive function, speech or motor skills. The team rejoiced as they had found a cause, which unbeknownst to many, is a gem among epileptic patients whom never find a definitive reason behind their condition. Despite the clinical satisfaction, my wife and I sobbed profusely. “ How can we allow someone to carve out a portion of our son’s brain?” “What genetic burden did we pass on to such an innocent child?” “ What if he wakes up and he is no longer the same?” What if he doesn’t wake up at all?” I barely scratch the surface when reflecting on the plethora of thoughts that washed over me at the time. Despite the conclusive findings and with the support of Dr. Sankar and his team, a medication regimen was established consisting of an appropriate balanced dosage of Depakote and Vimpat. The combination provided Gio with seizure freedom for two years. Unfortunately, it was a two year honeymoon that ended in abrupt chaos resulting in 25 seizures a day. We knew then that there was no escaping surgery. Our family fear and inaction could eventually cause sudden death, poor quality of life or permanent brain damage. It was at this point that we reached out to Dr. Sankar for emotional and clinical support.

Over Presidents’ Day Weekend, when most families are enjoying picnics and impromptu getaways, we were on the phone with Dr. Sankar, desperately trying to cope with the impending decision to remove a portion of our now six year old son’s brain. After much discussion and even more tears, the decision was made to move forward with surgery. Unfortunately, the battle was just beginning. As Las Vegas residents that were insured by an HMO, the road would be riddled with snares. Navigating through the bureaucracy was daunting. Trying to justify a life saving pediatric procedure for insurance approval slowly began to tear at my confidence in humanity. Fortunately, Dr. Sankar and his team acted as a shield for our family, fighting our insurance provider, allowing Gio to receive the care he desperately needed. Eventually, in two weeks time, Gio was admitted to UCLA Mattel Children’s Hospital. At this point, Gio’s seizures were still occurring at roughly 25 a day with 8 being nocturnal. Klonopin wafers were being given three times daily to prevent him from seizing out of control as the trip to Los Angeles commenced. The end result was a six-year-old that embodied the spirit of Woodstock. Incredibly loving, but incredibly drugged. At one point, during a neurological assessment, Gio asked the pediatric neurology department if they “planned on “*insert expletive* hypnotizing him.” Despite a mixture of laughter and sorrow, my wife and I knew we were making the right decision. It was this point that under the recommendation of Dr. Sankar, we were introduced to Dr. Aria Fallah, the pediatric neurosurgeon who would be the man I would allow to remove a portion of my son’s brain.

At this point in the story, I am even more so at a loss for words. As I see the words on this page, each character seems more and more unreal. Dr. Fallah, a man whom I might have grown up with in another life, would be the man our family would choose to open up our son’s skull and free him from neurological bondage. Surrender is a strange thing. More often than not, it is associated with defeat. However, in the case of our son, surrendering to our own resistance of surgical treatment would ultimately result in victory. That victory would be led by Dr. Aria Fallah. With the hopefulness of youth, an unparalleled mission to cure and ease suffering along with the steadiest of hands, Dr. Fallah removed the cortical dysplasia and surrounding epileptic region from our son’s left frontal lobe. After a seven hour surgery, our son emerged from the OR with a full head of hair and the words, “I love you Mommy and Daddy”. Dr. Fallah stood beside us with a fulfilled grin and a red face, due to the impromptu “death grip hug,” courtesy of my overjoyed wife. I shook his hand and with the heaviest of hearts, told him that I was forever indebted. In less than four days, we were home, reunited with the rest of our family… not before were treated to a wonderful Italian dinner, courtesy of Dr. Sankar and his lovely wife.

There is passage written by Dr. Seuss in the story of the Lorax. The verse states, “Unless someone like YOU cares a whole awful lot, nothing is going to get better. It’s not.” I am in complete awe of every person who touched our lives at UCLA. You have all restored my faith in humanity. Child Life. You made my son feel whole and comforted. You tended to his needs when I was emotionally distraught and unavailable. Pediatric Nursing and Care Providers. You danced with my son in the halls. You even attended a event for my son in Las Vegas the night before his surgery. EEG Team. You helped me laugh during a crisis. Your familiar faces from two years prior brought me comfort as I kissed my son goodbye in the Operating Room. Sankar and the Neuro Team. You reminded me that accessibility and emotional availability is what truly makes us human. In 41 years, I have never met anyone as inspiring as you and I probably never will. Fallah and the Surgical Team. You have inspired me to be better man and to make a greater contribution to society. As you said to me before our son’s surgery, “As a doctor, I can give you clinical advice, statistics and share my own experiences as a physician. However, I can never convey what it is like to be a parent that is facing such a difficult challenge as this. It would comfort others to hear your story.” With that being said, this article is written for you.

Our sincerest thanks and gratitude. Because of you, our lives will never be the same.

Out of the night that covers me,
Black as the pit from pole to pole,
I thank whatever gods may be
For my unconquerable soul.

In the fell clutch of circumstance
I have not winced nor cried aloud.
Under the bludgeoning of chance
My head is bloody, but unbowed.

Beyond this place of wrath and tears
Looms but the Horror of the shade,
And yet the menace of the years
Finds, and shall find me, unafraid.

It matters not how strait the gate,
How charged with punishments the scroll,
I am the master of my fate:
I am the captain of my soul.