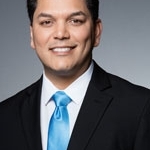 Some parents remain hesitant to get their children vaccinated for the human papilloma virus, despite assurances by medical experts that the recommended shots are both highly safe and effective. 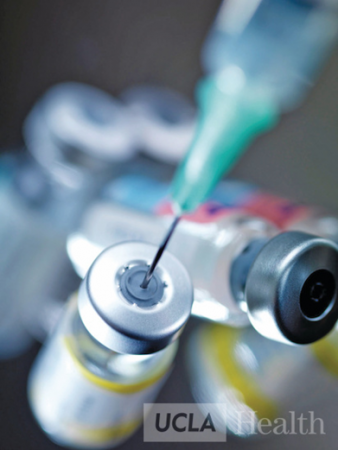 Every year in the United States, HPV causes 30,700 cancers in men and women. HPV vaccination can prevent most of the cancers (about 28,000) from occurring, according to the CDC.

The human papilloma virus (HPV) is transmitted through intimate contact and causes warts on the vagina, cervix, penis and anus.  The CDC says about one in four people are currently infected with HPV in the United States and about 14 million people, including teens, are diagnosed with it each year.

The medical data clearly indicates that the HPV vaccine is extremely safe and highly effective at preventing cancers of the cervix, vagina, and vulva in women and cancers of the penis and anus in men; and oropharynx (tonsils) cancer in both sexes.

“The fact that now we have a vaccine to prevent cervical cancer is a huge deal. Cervical cancer in advanced stages can be difficult to treat and control,” said Dr. Sanaz Memarzadeh, professor in the department of obstetrics and gynecology in the David Geffen School of Medicine at UCLA and member of UCLA’s Jonsson Comprehensive Cancer Center. “Given the efficacy of this vaccine in preventing cervical pre-cancer and cancerous disease makes complete sense that it is included as part of routine vaccination for kids.”

May 26, 2017 · At risk for melanoma? Get checked annually, UCLA cancer expert says

Routine full body exams for skin cancer are not usually part of the annual physical exams performed by primary care providers and non-dermatology specialists. Last year, the U.S. Preventive Services Task Force, an independent panel on preventive and primary care, concluded that there is insufficient evidence to recommend routine full body skin examinations for adult patients.  However, a group of dermatologists and oncologists published an article in the March issue of the journal Future Medicine asking the preventive task force to revise its stance on full body skin inspections. In the journal article, the authors disagreed with the task force’s findings and the physicians who authored the article stated that routine body screening of “high risk” individuals could help reduce skin cancer deaths. 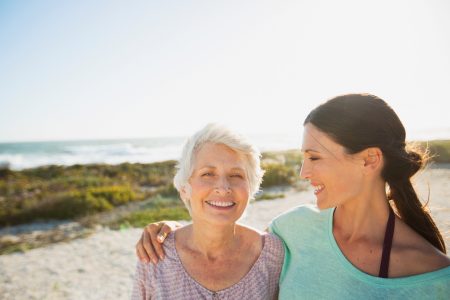 “With more and more of the U.S. population reaching 70, 80, and 90-years-old, the development of skin cancers is going to continue to rise,” said Dr. Philip Scumpia, a dermatologist and dermatopathologist at UCLA Health and member of UCLA’s Jonsson Comprehensive Cancer Center. “I believe that at the very least, recommendations should be amended to include full body skin exams for patients in high-risk groups and the aging medicare population.”

High-risk populations include the following: those with autoimmune conditions and patients that have underwent an organ transplant and were prescribed immunosuppressive medications. Individuals diagnosed with certain types of leukemia that have a first-degree relative with melanoma and many moles.  Finally, those who have had significant sun exposure (five or more sunburns) and people that have frequently used tanning beds. 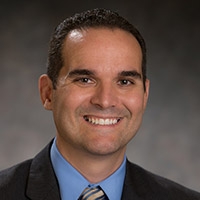 Scumpia specializes in melanoma, squamous cell carcinoma and inflammatory skin diseases. His research also focuses on how the immune system protects against the development of skin cancers and why patients with dysfunctional immune systems develop more skin cancers.

“Full body skin exams by trained dermatologists can lead to earlier diagnosis of melanoma and non melanoma skin cancers, particularly in high risk individuals, and early diagnosis is associated with improved patient outcomes in all types of cancers.” Scumpia said.

Some of the symptoms of melanoma that people should watch for include a new or unusual growth on the body or a change in an existing mole.

For more information about melanoma treatment, please go to cancer.ucla.edu. 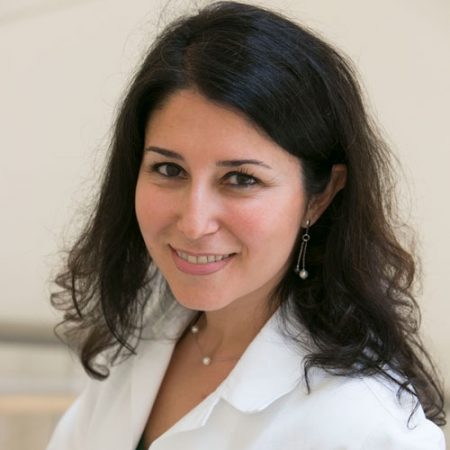 Dr. Sanaz Memarzadeh, Professor in the Department of Obstetrics and Gynecology at UCLA and Director of the G.O. Discovery Lab at UCLA

In my practice as a gynecologic cancer surgeon over the last 13 years I have seen that women often forget to take care of themselves. They are busy being mothers, daughters, wives and career women but in many instances neglect their own body. While gynecologic cancers may sometimes be silent, many are associated with signs and symptoms. Recognizing those, being aware of them and bringing them to the attention of your primary care physician and gynecologist is important.

Here are some examples of what women with a gynecologic cancer may experience: 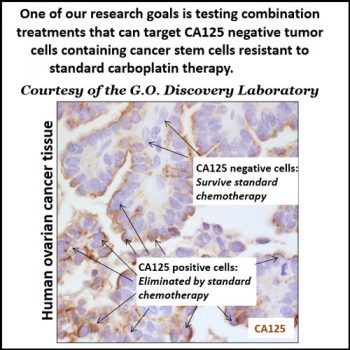 It is important to remember that as women, we have control over our bodies and can take strategies to reduce our risk.

Vaccination against the human papilloma virus provides significant risk reduction against cervical, vulvar and vaginal cancers. The vaccine is covered by insurance in women ages nine to 26. But women can pay out of pocket and still get vaccinated if they are older than age 26.

Pap smear and HPV testing often help detect cervical cancer in early stages when the disease is curable. Similarly, biopsies of the vulva or vagina in patients with suspicious lesions can help detect these cancers in early and curable stages.

Women with strong family history of hereditary cancers (breast, ovarian cancer, uterine and colon cancer) should consider genetic testing. In the presence of a genetic mutation such as BRCA1/ BRCA2 or genetic changes associated with Lynch Syndrome risk reduction surgery with bilateral removal of ovaries and tubes with hysterectomy (particularly in Lynch carriers) should be considered. These surgeries can significantly reduce the risk of tumors arising from these organs.

From a surgical stand point we have made great strides in improving quality of life for women with gynecologic cancers through the adoption and implementation of minimally invasive surgeries. Simultaneously, we have modified old radical surgical approaches that we now recognize do not improve clinical outcomes of patients.  Wide embracement of these surgical approaches in general will continue to improve quality of life for women while minimizing surgical risks.

Personalizing therapy for women diagnosed with gynecologic cancers must be the next major focus in the field. Patients and clinicians are acutely aware of the fact that one treatment regimen does not fit all. But what regimens should be used and which combination therapies will be most effective?  These are critically important questions that still need to be addressed. Answers to these questions will arise from research that examines tumors at a cellular and molecular level while recognizing that all cells within a tumor are not the same. The goal should be eradicating the subset of tumor cells resistant to standard treatment: in ovarian cancer this may be cells resistant to carboplatin chemotherapy and in endometrial cancer this may be cells resistant to progesterone hormonal regimens. Dissecting pathways of resistance in tumor cells that evade standard treatment will provide clues to therapy options.  The new therapeutic options that are discovered should move to clinical trials and their effectiveness in conjunction with standard therapy must be tested.  But each therapeutic combination should only be tested in biomarker positive patients. These are patients predicted to benefit the most from a specific therapeutic approach.

As a practicing gynecologic cancer surgeon, a scientist and professor at UCLA I am dedicated to helping advance the field of gynecologic cancer care in collaboration with an incredible group of clinical and scientific colleagues at our institution. What I have outlined here are approaches we are taking at the UCLA Health system, the UCLA Jonsson Comprehensive Cancer Center, the UCLA Broad Stem Cell Research Center and the UCLA G.O. Discovery Laboratory to improve the lives of women impacted by gynecologic cancers. 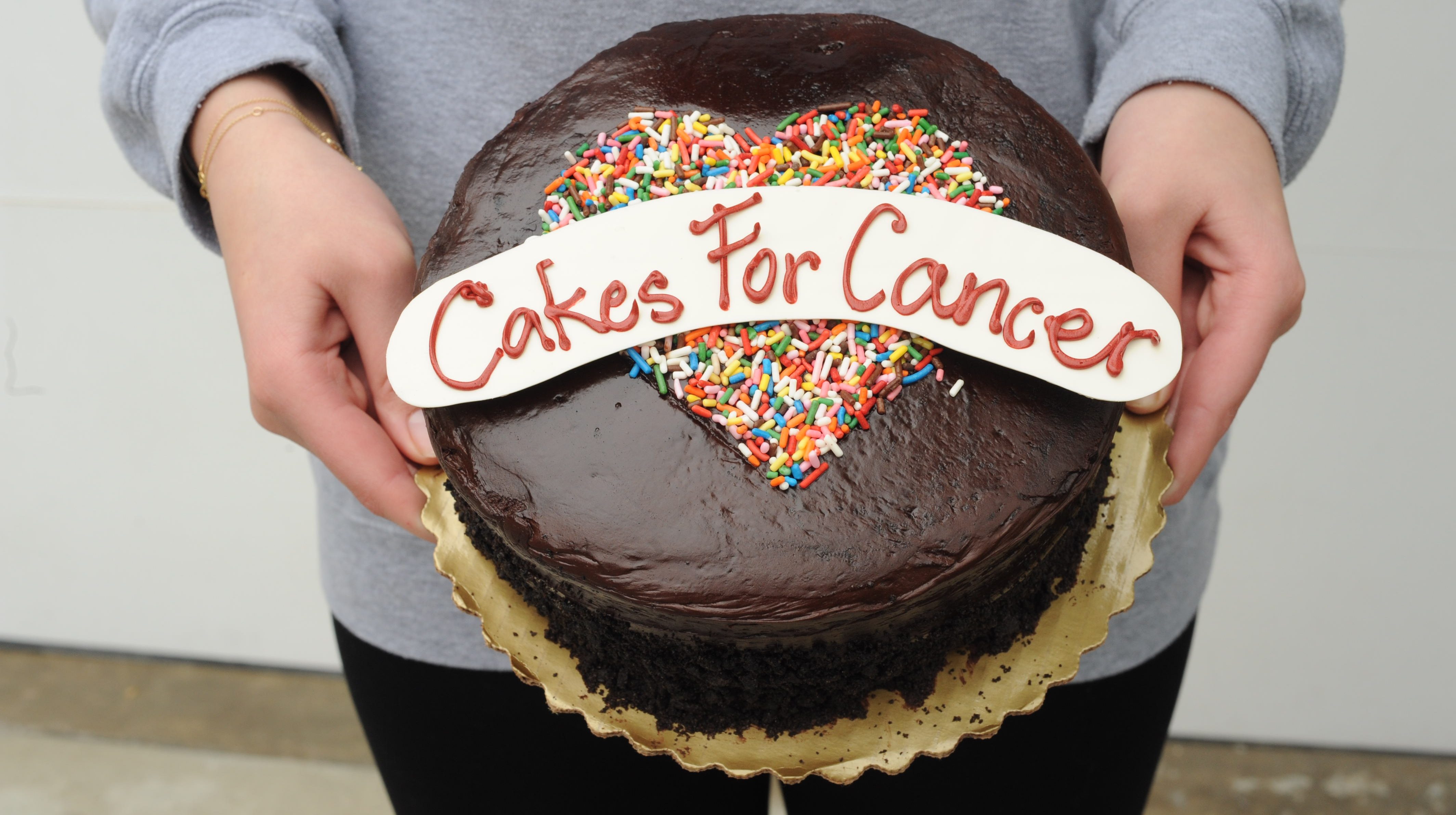 For Abby Nathanson, 17, and best friend Ruby Garland, 17, baking cakes is a bittersweet tribute to a woman who was known not only for her love of creating sweet treats, but also her warrior-like attitude and determination to beat one of the deadliest cancers in the world.

But, after 18 months of fighting the disease, Nathanson lost her life at the age of 51, leaving behind a young son and daughter. 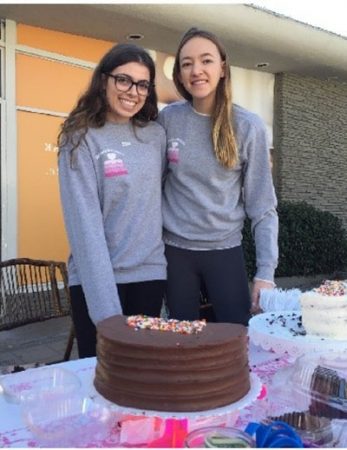 After struggling with her aunt’s death, Abby decided that the best way to honor Nathanson’s memory was to continue her passion of baking cakes and selling them to benefit lung cancer research at the UCLA Jonsson Comprehensive Cancer Center (JCCC), which is located in close proximity to Marymount High School, where Abby and Ruby will be incoming seniors in the fall.

“I watched my aunt go through the cancer fight for more than year, and I don’t want other people to go through that,” said Abby Nathanson, founder of Cakes for Cancer. “My hope is that all the money raised will help doctors find a cure for this horrible disease.”

Abby asked her friend Ruby to help launch Cakes for Cancer by starting a club at their high school to recruit fellow students. At first, the teenagers were a little pessimistic about gaining support from classmates—and were shocked when 116 girls volunteered. 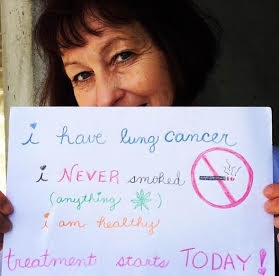 “When Abby told me about the fundraiser, I immediately wanted to help,” said Ruby Garland, vice president of the Cakes for Cancer school club. “I’ve experienced a similar loss of a family member to bone cancer.”

Most of the cakes have the slogan Cakes for Cancer written on the top with frosting and all sorts of different designs on them. The teens bake the cakes at Abby’s home and then sell them at school or the Pacific Palisades Farmers Market.

In less than a year, Abby and Ruby were surprised that they were able to raise more than $10,000.

Abby’s passion for this fundraiser has grown stronger in the past few months, after she found out that another loved one also has been diagnosed with late-stage lung cancer. 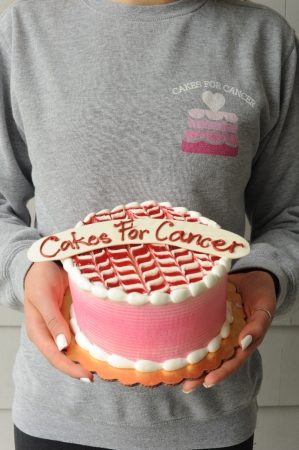 “My grandmother’s heart-wrenching diagnosis emphasizes the importance of funding cancer research so that doctors can find a cure,” said Abby.

The money raised from Cakes for Cancer continues to support cancer research at UCLA through the Jonsson Cancer Center Foundation (JCCF), the fundraising arm of the JCCC.

“Abby and Ruby are inspirational that philanthropy can begin at a young age and that fun endeavors can actually be a part of defeating cancer,” said Margaret Steele, Executive Director of the JCCF. ” The funds they’re raising will help support early experimental research and ideas that might not otherwise be supported through traditional sources.  They’re already making a difference – or, as they often say, “Baking a Difference!”

In August 2016, Cancer care at UCLA, supported by the JCCC, was recently ranked fifth by U.S. News & World Report as one of the top cancer hospitals in the United States.