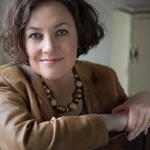 They throw temper tantrums. They hit their siblings.  And when denied the tiniest desire, they can melt into inconsolable puddles.

Yet, somehow it’s up to you to help mold these little emotional tornadoes into reasonable human beings.

What’s a parent do?

Giving names to feelings is the first step to helping the under-8 set regulate their emotions, says Catherine Mogil, PsyD, an assistant clinical professor at the Semel Institute for Neuroscience and Human Behavior at UCLA.

“When you think back to being a child, you’ll remember that emotions often washed over you, and you rarely had the words to express them,” said Mogil.  “That can be frustrating and challenging.”

Therefore, teaching children to identify strong emotions – and the steps needed to regulate them — can go a long way toward helping them calm the storm within and get their needs met.

A licensed clinical psychologist, Mogil specializes in teaching families how to better cope in stressful situations.  In her years as director of training and intervention development at the UCLA Nathanson Family Resilience Center, she has advised families with parents deployed in the military, foster families and children living in dangerous neighborhoods.

Her top six suggestions are:

By instilling emotional regulation, you’re helping your child now and for the rest of their lives.

“Learning to regulate emotions is going to be the building block for a child’s future success in school, in work and in relationships,” Mogil said. 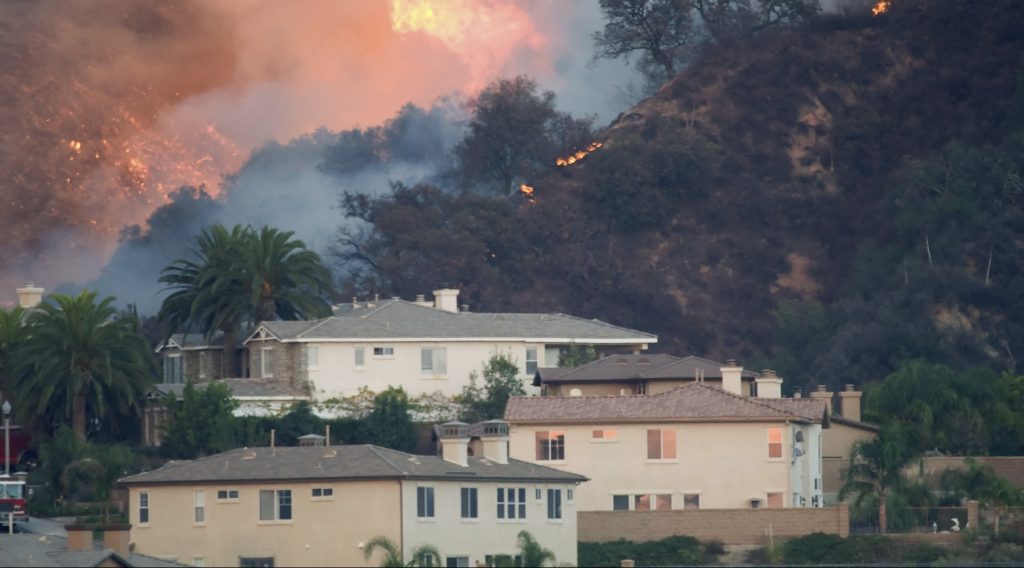 New UCLA app provides tips for coping with such natural disasters as wildfires.

When wildfires rage, anxiety can rise as high and as fast as temperatures.

In fact, little in life matches the stress of having to pack up your entire family and move to safety as fires race toward your home and all you hold dear.

“Evacuating with little to no notice in the face of a wildfire can be one of the most traumatic experiences that a family faces, especially if the family home or pet is lost, and the family’s dislocation proves lengthy,” said Melissa Brymer, a psychologist specializing in trauma at the Semel Institute for Neuroscience and Human Behavior at UCLA.

Families in the path of a fire aren’t the only ones who can feel the heat. Parents whose little ones hear the sirens of firetrucks, see billows of smoke in the sky or watch raging flames in news coverage can find themselves trying to calm jangled nerves.

Enter “Help Kids Cope,” a mobile app that Brymer helped develop for families in the midst of natural disasters. The app provides guidance on coping with wildfires and other types of disasters, including earthquakes, extreme heat, floods, hurricanes, landslides, tornadoes, tsunamis, windstorms and winter storms.

Already downloadable from the Apple store, the app will become available July 15 for Android mobile phones. It is free, courtesy of UCLA.

Sources for the information include the Red Cross, the federal Centers for Disease Control and Prevention, Federal Emergency Management Agency and the U.S. Substance Abuse and Mental Health Services Administration.

Recent wildfires underscore the need for marshalling coping materials into a single source such as the app, Brymer said. The situation, which prompted the county to declare a state of emergency, also highlights the value of downloading resources in well in advance of trouble.

“Having downloaded the app in advance will help you retain access to information in the event your phone loses coverage, electricity gets cut or internet sites crash due to a high volume of traffic,” Brymer said.

Brymer is the director of terrorism and disaster programs at the UCLA–Duke National Center for Child Traumatic Stress, a network of 78 centers that supply psychological services in the event of disaster. Network colleagues helped produce the app, which was the brainchild of parents affected by the catastrophic multiple-vortex tornado that struck Joplin, Mo., five years ago.

“When the tornado tore through power lines and cell-phone towers, parents lost access to the web,” Brymer said. “While we were able to provide handouts with information, the paperwork often got lost as families moved between shelters and temporary housing. Parents kept saying, ‘We need an app.’”

Funding for the project was provided by the Missouri Foundation for Health, Ozark Center, the Substance Abuse and Mental Health Services Administration and the U.S. Department of Health and Human Services.

More than 100 well-wishers gathered April 13 at a formal ribbon-cutting ceremony for UCLA Operation Mend’s new program that is designed to heal the hidden, yet lingering, wounds of war.

“This is a new day, a program we can be proud of,” said retired General Peter W. Chiarelli an executive advisor to the Ronald A. Katz Center for Collaborative Military Medicine at UCLA, told L.A. Daily News reporter Susan Abrams.

The service is provided at no cost to participating veterans or their families.

The clinic will treat seven to ten veterans and their families at a time for three weeks living on UCLA’s campus at the Tiverton House and then three weeks once they return home. Families participate too, Operation Mend program director Melanie Gideon explained to KPCC reporter John Ismay.

“Families are suffering along with our wounded warriors,” Gideon said.

Apr 18, 2016 · Teaching the difference between bullying and playful teasing 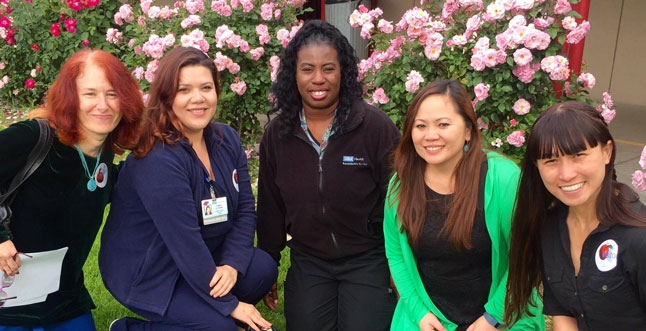 Maybe bullying would be easier to stop if kids themselves knew how to recognize it.

If so, a lesson in the differences between normal teasing and bullying might be best delivered in the location where so much teasing takes place: school.

To that end, a team from Resnick Neuropsychiatric Hospital at UCLA recently led a six-session bullying awareness program in Compton Unified School District designed to teach kids the difference between teasing and bullying – and how to “act” to stop it.

The team – consisting of three registered nurses, a mental health practitioner and a recreational therapist – hopes to eventually establish a community-wide bullying intervention program in the district. More than a year in the planning, the anti-bullying effort is believed to be the first of its kind in Los Angeles County.

“Studies have shown that a lot of bullying experiences – in person and online — are not addressed because kids tend not to tell their parents or guardians about them,” explained Leilanie Ayala, a Resnick registered nurse who led the team.

Team members first gave an hour-long presentation to social workers, school counselors and school nurses in the district’s pupil services department.  They then provided five sessions at Emerson Elementary School, including a 30-minute presentation to the school’s teachers and four hour-long group sessions with the school’s sixth graders.

Teaching from a curriculum previously used in a bullying awareness study conducted by the Children’s National Medical Center in Washington, D.C., team members provided a clear definition of bullying and how to distinguish it from “playful teasing.”  They also armed students with the acronym A-C-T:

The team’s efforts were quite obviously needed, said Ayala, who is a nursing professional development specialist.

“In one of my group sessions, we discussed the effects of bullying and stress to an individual,” she said. “On the list shown to the participants, one of the students pointed on ‘wanting to hurt himself/herself.’ It was sad that at 12 he had those thoughts.”

The project was an initiative of the UCLA-Resnick Global Health and Community Outreach Committee, which encourages volunteer efforts among staff.

To thank the Emerson sixth-graders for their participation, the team is bringing them to campus April 25 for a tour.

“Some of the kids asked if UCLA was four hours away,” Ayala said. “We want them to be inspired and even imagine themselves getting accepted in UCLA someday.”

“The Office of Mark Ridley-Thomas, through Kathleen Austria, was instrumental in launching this project in partnership with the Pupil Service Department of the Compton Unified School District.”

Apr 11, 2016 · For schizophrenia patients, exercise can be a powerful therapy 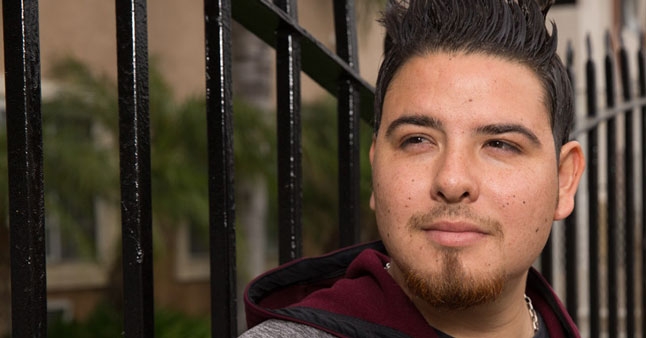 Van Nuys maintenance worker Marco Tapia had a schizophrenic breakdown at age 24. His family thought he had been taking drugs because he was acting so … strange. When he tried to use a window instead of the door to get into their Van Nuys apartment, they realized something was terribly wrong. His parents then had him hospitalized.

After stabilizing him, Harbor UCLA Medical Center referred Marco to UCLA’s Aftercare Research Program. The program is a cradle for innovation and research on schizophrenia. Best of all, given the Tapia family’s modest means, the program was – and still is – absolutely free.

Marco enrolled in an intensive two-year research project, the results of which are in press now in Schizophrenia Bulletin. Preliminary findings from a follow-up study were recently presented at the biennial meeting of the Schizophrenia International Research Society.

The findings show that a rigorous regimen of specific brain games and physical exercise can help repair one of the least-known but most-debilitating aspects of schizophrenia — deficits in memory, problem solving, processing speed and social intelligence. These social and cognitive deficits are among the disease traits most likely to result in disability for people with schizophrenia.

The results are extremely promising, but researchers caution that interventions need to occur as quickly as possible after the first breakdown, because each recurrence leads to additional cognitive and social deficits. They also need to be used in conjunction with antipsychotic medications.

“What’s striking to us is the power of combination,” said lead investigator Keith Nuechterlein in an interview with Kaiser Health News. Nuechterlein is a professor at UCLA’s Semel Institute for Neuroscience and Human Behavior. “Both [brain games and exercise] done separately help somewhat, but when done together, the boost in cognitive function is greater.”

The combination appears to stimulate the growth of neurons and connections between neurons, improving cognitive performance, researchers say.

As for Marco, 28, his conversation today reveals no trace of his prior problems. Four years after his breakdown, he’s employed, plays the guitar, has an active social life and is eager to let others know the importance of getting immediate help — and the right kind of help — for schizophrenia.

RELATED:
Neuchterlein ranked as one of most influential scientists in his field

As parents, it’s tough to see our children upset, worried or stressed. And while it’s natural to want to remove every hardship from their lives, letting them experience stress can actually be healthy. They will benefit in the long run from learning how to manage stress on their own, says Blanca Orellana, PhD, clinical psychologist at UCLA Nathanson Family Resilience Center and UCLA Family STAR Clinic.

Here are six ways you can help your child manage stress: