Sexually transmitted diseases are on the rise

In the 1940s, sexually transmitted diseases (STD) like syphilis were rampant. A public awareness campaign, combined with effective antibiotics, almost eliminated syphilis and slowed the progression of other STDs. But decades later, STDs are back and reaching record highs. Symptoms often go unnoticed 2016 marked the third year in a row that STD rates have […] 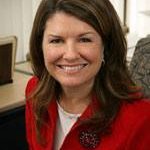 Heading off to college is an exciting time for young women moving away from home for the first time. Living with roommates, making new friends and juggling classes are all part of the experience. This new sense of independence should also include taking charge of one’s own health, says Dr. Aparna Sridhar, an assistant professor […]