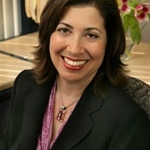 Luz Corona Gomez never forgot what her mother advised her sisters and her 20 years ago, as they crouched in the dust to help their parents pick grapes from the sweltering farm fields of the San Joaquin Valley. “She said, ‘You have to get an education, so you don’t work in the dirt like us,’ […]

Not your grandfather’s Zika

How an unfamiliar virus led to a global epidemic How does a formerly harmless and obscure virus like Zika transform itself into a feared pathogen inflicting a devastating impact on global health? A new UCLA study suggests that the virus possesses the ability to mutate rapidly, increasing its power to invade the human body and […]

Dr. Michael Johnson is by far the greatest doctor I have been to. He was my OB for 2 of my 3 children. He is patient, kind and perhaps his most defining quality – genuine. He never cared how many small complaints I had during pregnancy and was sympathetic and helpful. He was comforting and […]