Discovery of Dementia-Related Genes is Key Step in Finding Therapies

More than 5 million people in the United States have Alzheimer’s disease or related dementias. The U.S. Centers for Disease Control and Prevention (CDC) say that figure is likely to triple by 2060. Currently no treatment can alter the course of dementia associated with the death of brain cells (neurodegeneration).  Dementia Genes Linked to Buildup […]

Alzheimer’s disease is the much-feared, most common cause of memory problems in the elderly. Sometimes, however, memory problems are caused by something else entirely, including conditions that can be treated if diagnosed, according to doctors at UCLA. Here are three treatable conditions that can mimic Alzheimer’s disease symptoms: 1) Hypertension. High blood pressure […] 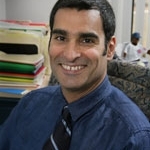 Family and professional caregivers are key to ensuring that people with Alzheimer’s disease and other forms of dementia live safely, comfortably and with dignity. Given the nation’s rapidly aging population, more people in the coming years will develop Alzheimer’s and dementia with the memory loss, agitation, behavior changes and other symptoms that come with them. […]

Ask the Doctors – Does a college degree affect dementia risk?

Dear Doctor: I read that dementia rates are going down due to rising education levels, but I don’t have a college degree. Should I be more worried than most? Dear Reader: Dementia is a scary disease, causing not only loss of memory but also the inability to reason through problems and, for many, difficulty with […]

After a loved one’s diagnosis

Helping a friend or family member who is facing a health battle can be daunting. You may not know what to say or do. However, simply showing you care can provide someone who is sick with much needed comfort. Try these three strategies to show your support. 1. Visit regularly Seeing your loved one in […]

When to consider cognitive testing in seniors

Are you concerned about a loved one’s memory beginning to slip? The onset of Alzheimer’s disease and other forms of dementia can be a scary and emotionally painful point in a person’s life and the lives of his or her friends and family. Catching the early signs of cognitive decline can help your loved one start […]

The neurobiology behind our place on the conservative-liberal spectrum

Americans seem more polarized than ever when it comes to their political beliefs, a division brought into sharp relief during the 2016 presidential election and its aftermath. That worries Dr. Mario Mendez, a professor in residence of neurology and psychiatry and biobehavioral sciences at UCLA; the level of discord in Congress remains the most contentious […]

Tina Turner does it.  So does Katy Perry, Sting, supermodel Gisele Bundchen and a host of other celebrities. When not strutting the concert stage or cat walk, they’re grooving to meditation’s benefits. While celebrity isn’t a reason to try meditation, it did make me a bit more curious. These are people who must surely have at […]

Caring for a loved one with dementia is a job nobody would choose. But with more than 5 million Americans living with Alzheimer’s disease, it’s a reality for many families. In honor of Family Caregiving Month, Zaldy S. Tan, MD, the medical director of the UCLA Alzheimer’s and Dementia Care Program and assistant dean for […]