Pediatricians and public health professionals must collaborate for the greater good 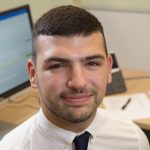 The water contamination crisis in Flint, Michigan, was first exposed publicly when pediatrician Dr. Mona Hanna-Attisha held a news conference addressing the alarming levels of lead she and her colleagues were seeing in patients’ blood. The Centers for Disease Control and the American Academy of Pediatrics (AAP) worked together to recognize the link between the […]

Exhausted parents don’t need one more thing to keep them up at night. But this alarming statistic might do just that: Each year, around 3,500 babies in the United States die from unsafe sleep situations. These unexplained deaths often occur in healthy babies under one year of age. The cause is labeled sudden infant death […]