Long-term grief gets the attention it deserves

At a time when COVID-19 deaths are nearing 1 million in the United States, and the individual and collective sense of loss is soaring, the American Psychiatric Association has revised its Diagnostic and Statistical Manual of Mental Disorders (DSM-5) to include a special diagnosis for severe grief that disrupts daily functioning more than a year after the death of a loved one.

Identification of “prolonged grief disorder,” as it is now defined, is expected to lead to new funding for research and treatments for those who are struggling to get over a profound loss.

This could be considered a major victory for a team of UCLA Health researchers who have been advocating for years for a more precise diagnosis and treatment for patients suffering from the pain of long-term grief.

“Prolonged grief is not just a complicated form of depression; prolonged grief should be considered distinct from typical depression,” said Michael Irwin, MD, Cousins Distinguished Professor of Psychiatry and Biobehavioral Science at the David Geffen School of Medicine at UCLA.

“Because prolonged grief is not a typical depressive disorder, novel treatments are needed as compared to the typical strategies used for other forms of depression,” he said.

Traditionally, people who suffer from prolonged grief have been treated by the mental health system in the same way as people with more common forms of depression, Dr. Irwin said. Unfortunately, some who suffer from grief have even been told that they should try to move on, that time heals all wounds, and have not been offered treatment.

Dr. Irwin collaborated with UCLA colleagues in 2008 to study prolonged grief in patients who had suffered the loss of a loved one or other tragedies in their lives. They discovered just how different this condition was from other forms of depression.

For instance, they were able to identify physical anomalies in brain scans of people experiencing prolonged grief. The research discovered that these patients experienced an activation of the areas of the brain, such as the ventral striatum, that are involved in pleasure rewards when they viewed images of their loved one who had recently died.

Such activation of the ventral striatum is similar to the response found in people with substance use disorders who view images of the substance they may be craving.

“This was really striking, and at the time we were really puzzled by that,” Dr. Irwin said. “It was almost as if these people who were experiencing this complicated grief were craving the images of their lost ones. Their reactions to these images of lost ones were somewhat similar to the reaction you would get when you show a substance abuse person an image of a needle or opiates or pills.

“With the loss of a loved one, there can be an intense longing and ruminating, similar to the kind of anxiety found with depression,” he said. “However, depressed patients with rumination or anxiety don’t get activation of the ventral striatum, as we found in those with complicated grief."

“Our study was among the first to provide neuroanatomic evidence that complicated grief leads to activation of brain sites which are not typically activated in persons experiencing a depression. This study helped guide mental health researchers and clinicians to think differently about grief … that it is not just a depression,” Dr. Irwin said.

This pivot in thinking about complicated grief includes the development of new treatment opportunities, as well as fundamental training and education of mental health professionals in working with people experiencing long-term grief, said Mary-Frances O’Connor, PhD, who was the principal author of the study as part of her post-doctoral fellowship in psychoneuroimmunology at UCLA.

“In this country, we don’t seem to know a lot about grief in its most typical form, and our clinicians, psychologists and psychiatrists are not properly trained in our programs to understand what grief even looks like,” said Dr. O’Connor, now an associate professor of psychology at the University of Arizona.

“That is something that we really need to change," she said. "The death of a loved one is often the worst suffering that a person can experience in his or her lifetime. So, of course, we should be training psychologists and psychiatrists to understand that, and to look for symptoms in their patients so they can address the problem before it stretches into years and years of suffering.”

Dr. O’Connor said that she, like many other mental health therapists, initially did not make a major distinction between patients with prolonged grief and those with more familiar forms of depression.

“When we first started looking into this phenomenon, I was very skeptical that there could be something so unique about the grief of people and how it affected them, even physiologically, compared to more understood areas of depression,” Dr. O’Connor said. “But after interviewing a variety of people, the empirical evidence really changed my mind. I could really see the difference in these people’s lives when they were dealing with prolonged grief.”

Dr. O’Connor said that around the year 2000 she became intrigued by the broken heart phenomenon, identified by studies that showed that people who experience the death of a spouse are roughly twice as likely to die in the next year as compared to their married counterparts. It may be related to the increase in blood pressure and heart rate that many bereaved people experience temporarily.

“I have always been very interested in how the mind and body can encode these experiences we have in the world and the effect that they can have on us, mentally and physically,” she said. “I can’t think of a more profound example of how a psychological event such as the death of a loved one can have such a clear impact on the physiology of the body leading to death for the person suffering from intense grief.

“That got me started and really interested in bereavement, and I spent the next 22 years studying it,” she said. “It is really fascinating to investigate the questions of how the brain encodes these relationships we have, and how does it understand that some people who are so important to us are no longer here with us on this earthly plane.”

Dr. O’Connor said one explanation of what is going on is that “we become bonded to certain people, especially a spouse or soulmate, and then our brain struggles to cope with the loss of that person.

“What we have come to realize is that the reward network in the brain is really motivating us to seek out our loved ones, and to spend time with them, and it uses all of the neurochemicals at its disposal,” she said. “The reason is because our attachments, our close loved ones, are as necessary to our survival as food and water. So in the same way that we experience hunger and thirst, we are going to experience yearning for a loved one. The trouble comes after the loss, when our brain is motivating us to seek this person out and spend time with them, but we can no longer do that.”

That can be a difficult concept for the human brain to understand.

“The brain is a prediction machine – when we have woken up next to someone for thousands and thousands of days, it doesn’t make sense to wake up and not have them there,” Dr. O’Connor said. "To think that they are gone, and gone forever, can be very hard for our brain to accept. We hear it very often from grieving people, that they still expect that loved one to walk through the door.”

Most people experience lessening of their intense grief with the passage of years, especially when they can move forward with new people and new experiences that fill the emotional voids in their lives, O’Connor said. But about 5% to 10% of those experiencing such extreme loss are only able to get this kind of relief with psychotherapeutic treatment.

“Ideally, people with intense grief are on a downward trajectory, in which their pain and symptoms will become less and less over time,” Dr. O’Connor said. “But for those with prolonged grief disorder, they don’t get to be on that trajectory. That’s what we need to recognize and treat, and we need to do a better job of that than in the past.”

That is going to happen, thanks to increased awareness from the UCLA Health study and similar efforts, said Robert Bilder, PhD, chief of psychology at UCLA’s Semel Institute for Neuroscience and Human Behavior.

“I think there are many people who have suffered from prolonged grief reactions who were not well understood, and there was really no appropriate way to characterize the problems that they were experiencing,” Dr. Bilder said.

“The risks of having no recognized diagnosis available for people who have the condition is a big problem, because what then happens is that people get no treatment or they get inappropriate treatments, because they are thought to have some other condition,” he said. “For a large number of people, this causes significant problems in their lives.”

“The losses of loved ones, jobs and those personal connections that we value puts people at greater risk,” Dr. Bilder said. “Consider the fact that people have had to confront real threats of death or serious illness during this pandemic. This kind of trauma can lead to general anxiety and more specific worries about what can go wrong. It can be very difficult for people to cope with that.”

In coming years, he believes, progress for people with prolonged grief will come more from therapy than from drugs.

“I don’t think this is going to lead to an avalanche of drug companies trying to treat the problem – the majority of patients will get relief from various psychotherapeutic treatments,” Dr. Bilder said.

Dr. Irwin agrees, and strongly advocates promoting mental and physical exercises for patients, with or without medications.

“We’ve taken a strategy of using mind and body treatments like tai chi and yoga and mindfulness meditation to improve symptoms of anxiety and depression," he said. "Importantly, these mindfulness practices can also treat sleep problems. Many people who experience grief often experience sleep difficulties early on. Interestingly, mindfulness treatments also have robust effects to lower the inflammatory gene response profiles, and we know that inflammation can contribute to the risk of depression."

While some professionals define prolonged grief as symptoms lasting more than a year, Dr. Irwin suggested that this duration may be somewhat arbitrary. He said he would like physicians and therapists to be much more proactive in identifying those who are suffering due to grief.

“One year to me seems to be a very long period of time for them to suffer – and new research is needed to evaluate whether early identification and treatment can substantially alter the risk and course of complicated grief,” Dr. Irwin said. “After three months, people suffering from severe grief might be advised to seek treatment, with ongoing follow-up and treatment if their symptoms do not improve.”

Learn more about research and wellness resources at the Semel Institute for Neuroscience and Human Behavior. 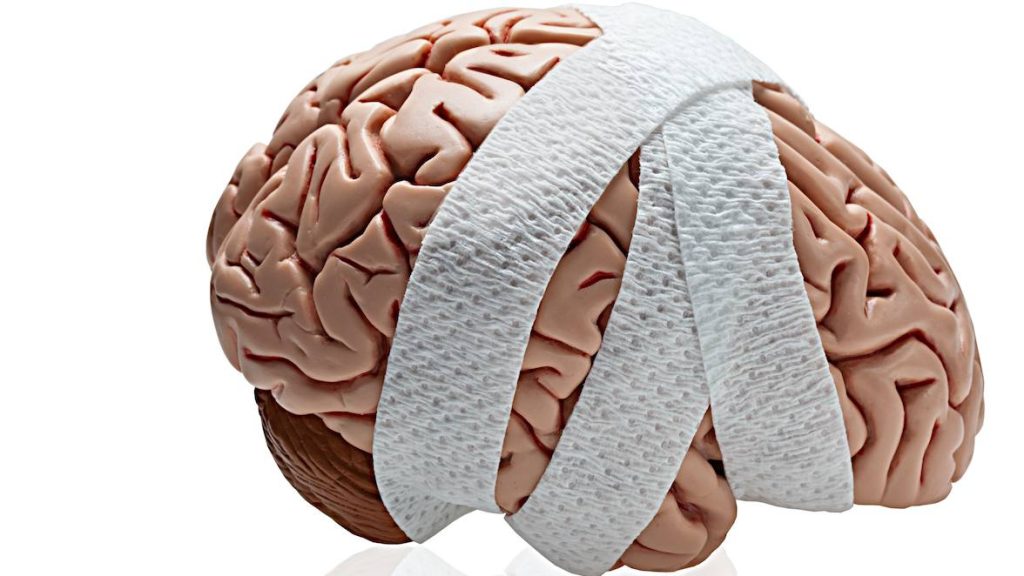