A Q&A with UCLA Health's Dr. Landovitz ahead of World AIDS Day 2021.

“If there was the political will, the financial resources, and the removal of social stigma, we could end the HIV/AIDS epidemic today,” says Raphael Landovitz, MD, MSc.

Landovitz is an infectious diseases doctor specializing in HIV/AIDS at the UCLA Center for Clinical AIDS Research and Education (UCLA CARE Center) and co-director of the Center for HIV Identification, Prevention and Treatment Services (CHIPTS). He also leads the effort to develop long-acting injectable pre-exposure prophylaxis (PrEP) – a project funded by the National Institutes of Health – and lectures and teaches internationally on HIV prevention.

Dr. Landovitz is part of the HIV Prevention Trials Network and the AIDS Clinical Trials Group research focused on the development of antiretroviral medications for HIV treatment and prevention. He was awarded the John Carey Young Investigator Award by the AIDS Clinical Trials Group in 2010, and the HIV Medicine Association HIV research award in 2017.

Ahead of World AIDS Day on Dec. 1, he spoke with UCLA Health about current issues in HIV/AIDS research and prevention.

What equity hurdles do we currently face with respect to HIV/AIDS awareness, prevention and treatment?

The thing that unifies all of those themes, even 40 years on into the epidemic, is stigma around a diagnosis of HIV infection. That's what prevents people from wanting to know their status and from engaging and persisting with the care that they need.

Since 2010, biomedical HIV prevention has dramatically progressed with the availability of potent and powerful preventive strategies.

Pre-exposure prophylaxis or PrEP is a combination of medications taken daily to prevent the HIV virus from replicating in the body. We know from robust data that antiretroviral treatment (ART) for people living with HIV is a potent form of prevention: people living with HIV are no longer infectious if the viral levels in their blood are undetectable.

We have the tools to both treat and prevent HIV. If there was the political will, the financial resources, and the removal of social stigma, we could end the epidemic today.

I’m curious about what you have to say about the “Esperanza patient.” A 30-year-old woman from Argentina has become the second documented person whose immune system may have cured her of HIV, according to a study published in the Annals of Internal Medicine.

Any example of someone who has developed immunologic control of HIV and near-eradication without antiviral therapy – which is what the Esperanza patient appears to be – gives us hope that we can figure out what it is about this particular individual and their interaction with the virus that led to this incredibly rare but exciting state.

Without knowing exactly what those immunologic and virologic components are, I'm not quite as over the moon with excitement as some people are. We have two examples of people who were clearly living with HIV, who were “cured” after a bone marrow transplant that was required for treatment of a malignancy that they had. They were transplanted with a bone marrow that was itself resistant to HIV – that, in combination with flushing the hidden HIV reservoir from their systems, allowed them to be cured.

That's never going to be a scalable public health intervention, nor would you want it to be. The risk of eradicating somebody's natural immune system before a transplant immune system can take root has very high morbidity and unacceptable mortality associated with it.

But it gives us some clues to the steps you would need to eradicate HIV from someone’s system. The London patient, the Mississippi baby, (even though that ended up not being quite as exciting as we'd hoped), and now, this Esperanza patient and one other patient, are giving people hope that we can study these individuals to identify what is special, what is critical, what is novel about their response to the virus, and then mimic that without associated morbidity and mortality.

We don't know yet if it's going to yield a better way forward to lead us to a cure, but it certainly is scientifically fascinating, and we need to understand it better.

Can you share your predictions for HIV prevention and treatment over the next 10 years?

Forty years on, we’re still hopeful that we will at some point have a protective vaccine against HIV. We hoped that we would be closer than we are right now. The unfortunate truth is, we're just as far away today as we were 40 years ago.

We're hopeful to be able to start building on the global political will to provide treatment to everyone who is living with HIV. Not only does that have tremendous and critical personal health benefits, we now know that if you treat someone who's living with HIV, they can live a normal lifespan.

My hope is for a vaccine, and for people already living with HIV, a cure, and short of a vaccine and a cure, the political will and resources to get these very powerful treatments and preventive medications out everyone who's either living with HIV or at risk.  I also hope for humanity to find a way to come together to help everyone and heal the fractures and deficiencies that are leading to stigma and discrimination.

What do I think is realistic in the next 10 years? Incremental benefits of in each of these fields. And that makes me sad because I think we have the tools to do better than just incremental benefits. But we seem to have lost a little bit of focus and priority around HIV. Of course, the global COVID-19 pandemic derailed a lot of those efforts and exacerbated some of these disparities.

I think we need to re-galvanize our HIV treatment and prevention efforts as we come out of the COVID pandemic.

Are there any strategies in place that are encouraging people to do that?

Throughout the history of the HIV/AIDS epidemic, the galvanizing force for real change has been driven through our communities by the people who are affected themselves or have a loved one or a family member who has been affected. It's been the grassroots community activism and movements that have moved the field forward.

There have been demands for rapid development of antivirals and access to experimental therapies – demands for the scale-up of HIV antivirals in resource-limited settings – and people said it can't be done. But the activists said: if you can bring cold Coca Cola to the farthest reaches of Southern and East Africa, you can get HIV treatment there. And they were right – we desperately need that kind of ongoing community engagement and activism.

What message do you want the public to know?

I think the public needs to know that the epidemic is not over. There’s a perception that because HIV treatments have become so well-tolerated and effective, and because we have effective PrEP agents, that our work is done.

It's not done, though, because of the stigma. There are all sorts of really critical subsets of that stigma, including racism, sexism, homophobia, transphobia, addiction-phobia and attitudes around mental health disorders, that are preventing us from reaching populations most affected by HIV.

Until we acknowledge that anyone who has condom-less sex could be at risk for HIV, and therefore that HIV testing is a critical piece of everyone's health maintenance if they're sexually active, we're not going to even take our first steps on the pathway to de-stigmatizing this disease. We need to make it possible and acceptable for people to seek the treatment, care or preventive services they need to end this epidemic.

UCLA in the time of AIDS: In the beginning 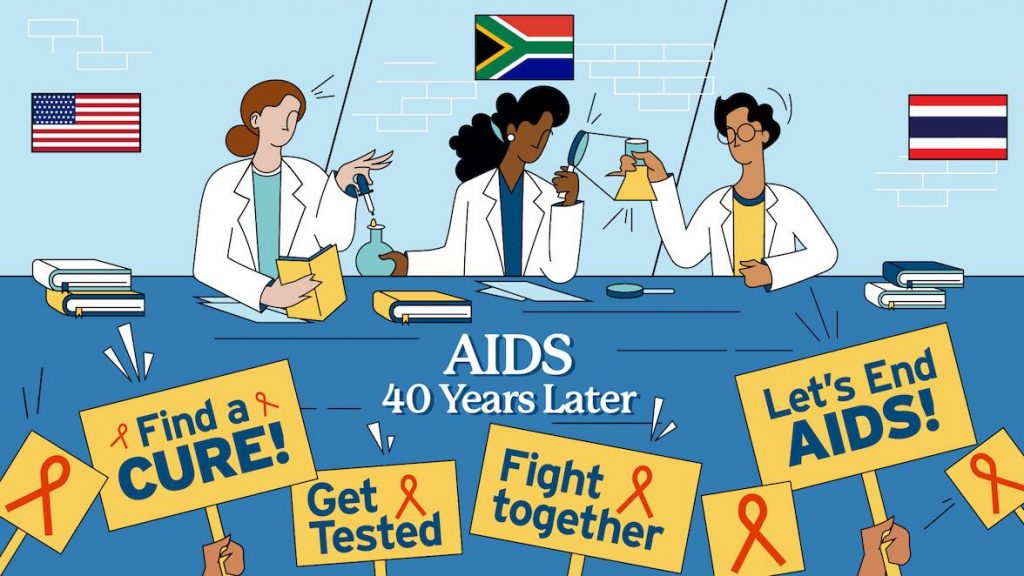