Dear Doctor: Our granddaughter’s pediatrician says she has something called arthrogryposis. It’s not something anyone in our family has ever heard of before. What is this condition, and what does it do? How is it treated?

Dear Reader: Arthrogryposis is also known as arthrogryposis multiplex congenita, or AMC. It refers to a variety of conditions that involve joint stiffness and muscle weakness, both of which are present when a child is born. It’s a challenging name, and examining it piece by piece can be helpful to understand it. The prefix “arthro” means that a condition is related to the joints in the body; “gryposis” refers to the presence of an abnormal curvature. The word “multiplex” indicates that a condition affects two or more areas of the body, and “congenital” denotes that it is present at birth.

Arthrogryposis is not considered to be a disease. Rather, it is collection of symptoms that can arise from a variety of medical conditions. AMC does not progress. That is, it does not become worse or expand beyond the scope of what is present at diagnosis. Infants with AMC are born with two or more joints that have limited range of motion, or that are completely fixed in place. Although the joints most commonly affected are those of the legs and arms, other joints are often involved as well. These may include the shoulder or hip joints, the knees, ankles and toes, and the elbow, wrist and fingers. In some cases, the hinge joint of the jaw may also be affected. Muscle weakness, which is associated with the contracture of the joints, is also common.

The causes of AMC are not yet fully understood. Some researchers have drawn a connection to a decrease in fetal movement during development. This can occur due to a variety of causes, such as inadequate room within the uterus and low levels of amniotic fluid. Other possible causes include maternal illness, gene changes and chromosomal abnormalities. There are no prenatal diagnostic tests that would predict if an infant is at risk for developing AMC. In some cases, the condition may be identified via ultrasound. For many babies, the condition becomes evident only after birth.

When joints remain static for a prolonged period of time, they can become surrounded by extra connective tissue. The result is that they may become fixed in place. This absence of movement also affects the tendons, which need to be regularly stretched during fetal development in order to reach their optimal length.

Although treatment depends on the specifics of each case, physical therapy to improve range of motion and avoid muscle atrophy is often beneficial. In some cases, gentle manipulation of the joints, along with muscle exercise, can improve range of motion. Sometimes splints for the knees and feet, which make movement possible, can help with muscle development. It isn’t needed in all cases, but surgery to reposition certain joints can help with range of motion. When fingers and hands are affected, occupational therapy may be recommended. In most cases, treatment entails a multidisciplinary approach that will evolve as the baby progresses. 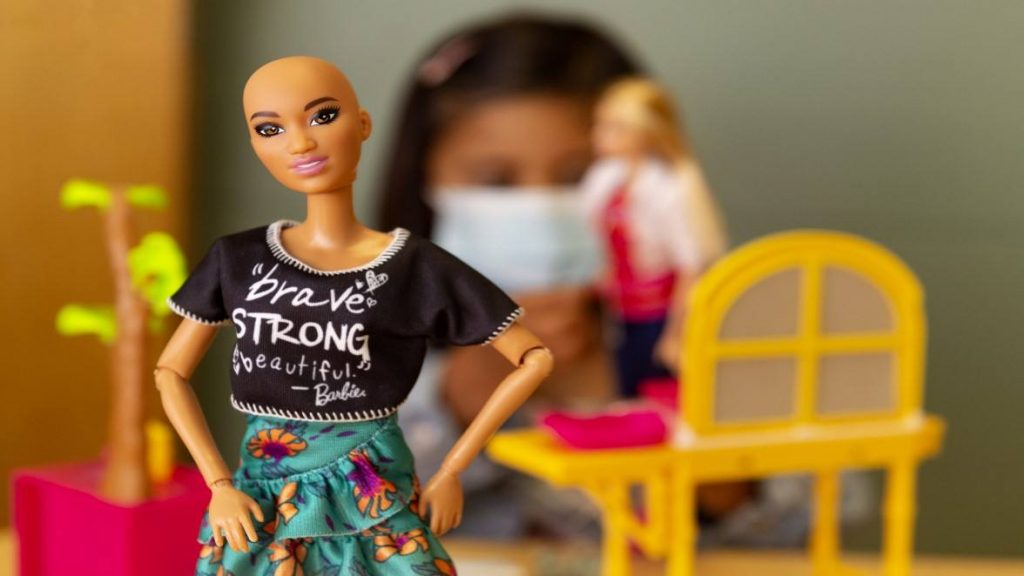 Mattel’s Brave Barbie has been used to empower oncology patients