Even before the Atlanta spa shooting in March – during which eight people, six of whom were Asian women, were killed – the amount of anti-Asian rhetoric and incidents had been on a steep incline, increasing by 150% since the previous year, studies show.

From March 2020 to February 2021, more than 3,800 hate incidents had been reported to STOP AAPI Hate, a reporting center launched by the Asian Pacific Planning and Policy Council (A3PCON), Chinese for Affirmative Action (CAA) and the Asian American Studies Dept. of San Francisco State University.

These events reinforce trauma and fear within the Asian American and Pacific Islander (AAPI) community and have profound effects on mental and physical health, says Gilbert Gee, PhD, professor in the Dept. of Community Health Sciences at the UCLA Fielding School of Public Health.

And physically, he says, “even those mundane everyday experiences of microaggressions can contribute to stress and allosteric load – wear and tear on the body.”

In some cases, Dr. Gee says, racism and discrimination faced by older Chinese Americans has been shown to increase the odds of suicidal ideation.

The AAPI community is made up of more than 22.6 million individuals with more than 40 distinct ethnicities, along with distinct differences in language, religion, education, socioeconomic status and immigration patterns.

There is variability in mental health conditions and needs among the AAPI community, studies show:

Rates of various mental health diagnoses also differ between generations regardless of ethnicity. For example, second-generation Asian Americans have higher rates of psychopathology (symptoms that may indicate mental disorders) than Asian Americans who immigrated to the U.S., according to a 2014 study in the Asian American Journal of Psychology.

Combining AAPI data as one group can be misleading, suggests a 2015 review from the Veterans Affairs Pacific Islands and Connecticut Health Care Systems on the impact of cultural norms, sociohistorical factors, racism and bias on trauma, PTSD and mental health-seeking.

Among Vietnam veterans, Japanese Americans had lower rates of combat PTSD relative to Native Hawaiians. Emerging research suggests that other differences may persist among AAPI veterans who served in conflicts in Iraq and Afghanistan.

Though more research on use of mental health services among these groups is needed, disaggregating data can provide a fuller picture as to what disparities remain.

“Aggregation is a big problem because Asian Americans represent so many diverse groups,” Dr. Gee says. “You have people from Pakistan who are assumed to be equivalent to people from Korea or from Thailand or the Philippines, and all these subgroups are very different.”

Still, AAPIs as a group face several systemic challenges in the U.S. that may impact accessibility to mental health services, such as harmful stereotypes and bias, language barriers, and lack of insurance.

The most well-known stereotype is that of the model minority, which arose in 1966 from a story in The New York Times and has been perpetuated by Western society to this day. The stereotype presents Asian Americans as the quiet success story of all other racial minority groups; however, research shows the model minority myth can drive resentment from non-AAPI peers. This leads to isolation and bullying of AAPI individuals, who then experience depression and anxiety. The myth is cited as one of the strongest sources of stress for Asian American youth.

Even when they do seek care, AAPI individuals have historically faced challenges with insurance, especially among immigrant communities.

According to Mental Health America, a community-based program, about 7% of Asian Americans and 9% of Pacific Islanders do not have insurance. Under the Affordable Care Act between 2013 and 2016, the uninsured rate among nonelderly Asian Americans dropped from 15% to 8%.

A national survey from the Centers for Disease Control and Prevention (CDC) found that one in three Asian Americans who have been diagnosed with depression were unable to see a doctor due to cost.

Recommendations from the survey suggest an expansion of coverage and free access to mental health and substance use disorder services would benefit and reduce disparities in health care for the AAPI community.

Additionally, hiring more Asian American and Pacific Islander psychologists could lessen stigma barriers – and help overcome some of the cultural barriers to mental health care that may arise in hospitals and clinics, says Brandon Ito, MD, MPH, child and adolescent psychiatrist and assistant clinical professor of psychiatry and biobehavioral sciences at UCLA.

“In a lot of Asian cultures, there's less of a divide between the individual and the family,” he says. “When we're in medical training, there's a lot of emphasis on patient privacy, autonomy and seeing the patient without family members.”

This adds complexity to interventions, Dr. Ito says, because, “there are so many challenges in terms of how we, as a Westernized country, conceptualize mental health.”

He says even the care practices typical in U.S. medicine may pose a challenge.

“For some families, it feels inappropriate to have family members share information that is confidential or not discussed within the family.”

But for other families, he says, having children and caregivers present during difficult conversations could make a difference.

Overall, Asian Americans are 50% less likely than other racial groups to seek mental health services, says Dr. Ito. In some Asian cultures, mental health challenges are viewed as an individual problem or weakness and talking openly about sadness, disappointment or depression is rarely encouraged.

“We know that within the Asian American populations, the stigma around mental health is really significant. Asian Americans are more likely to be fearful about a diagnosis or accessing mental health,” Dr. Ito says. “They worry about it affecting their jobs or their ability to maintain employment, and also the perception among their peers.”

He says oftentimes, when doctors take family history for medical causes such as cardiovascular disease or diabetes, there's a knowledge about prior family conditions. When it comes to mental health conditions, diagnoses and treatment, however, AAPI patients provide vague responses or don’t know about family histories.

A common response he gets is that mental health isn’t discussed in their family culture. Even within his own family, he’s seen how the stigmatization of mental health acts as a barrier to care.

“I can now see that there are examples of mental illness or behavioral health issues within the family and yet I know nothing about what is happening with them,” he says.

Dr. Ito thinks privacy and shame could be factors as to why family members haven’t sought his expertise.

“In other parts of medicine friends of mine will frequently get phone calls from family members asking about health concerns and recommendations, saying, ‘I'm having this issue,’ or ‘I'm experiencing some chest pain.’ Whereas that's much, much less common in terms of mental health,” he says.

“There's even some denial that their problems exist and it's like if you could only just be a stronger person, everything will be fine. We know that that's really not the case and that getting help is important,” he says.

Dr. Jeffrey Hsu, a cardiologist at UCLA and co-author with Dr. Gee on an article describing the plight of the AAPI community during the COVID-19 pandemic, says culturally competent care, or equipping providers with education and training to understand a person’s values, experiences and personal beliefs, is essential to improving health outcomes.

“I think it’s important to ensure that (AAPI) patients are heard and that they feel comfortable coming back and seeking care knowing that they'll be adequately heard,” he says.

This may work for some, Dr. Ito says, but if clinics are not built in Asian communities and run with cultural competence, access will remain a challenge.

“A lot of the (UCLA) extension clinics are not located within Asian communities, making mental health access and treatment poor across the board,” he says.

Dr. Gee says it’s important for mental health providers to acknowledge the effect racism, harassment and discrimination have on health.

“We really need to also think about the fundamental ideas that we put into our textbooks, how we think about race and race groups in general in the United States,” he says. “We really need to be doing work thinking about these broader, systemic issues, alongside the lower interpersonal types of discrimination, in order to make a difference.” 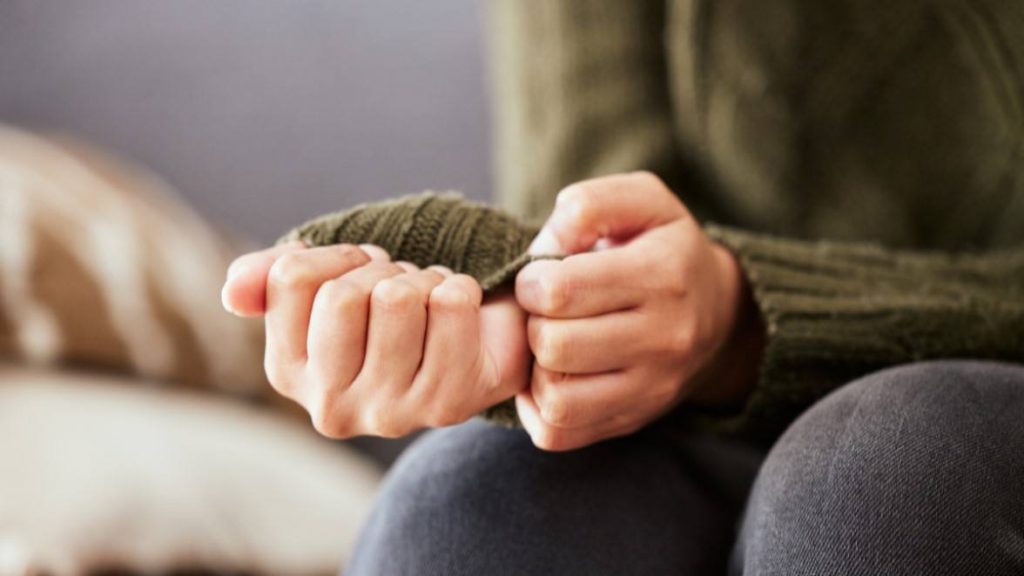 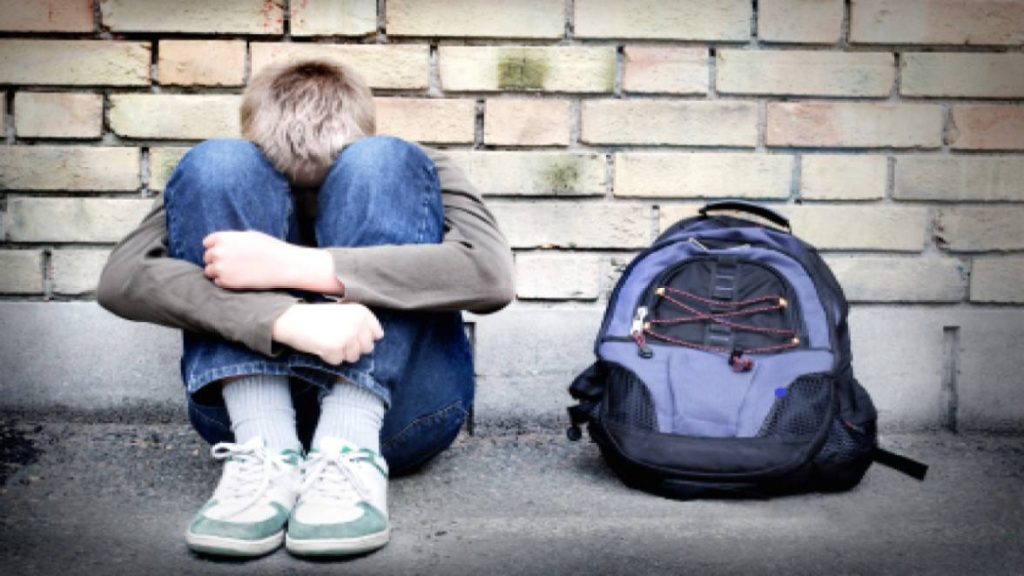