For women with epilepsy, the thought of having a baby can present a host of concerns. Will my seizures become more frequent while I’m pregnant? Will my medication affect my baby? What if I have a seizure and fall while holding or bathing the baby? Can I breastfeed while I’m taking anti-seizure medication?

Those were some of the fears Meg Linker-Estes confronted while contemplating getting pregnant. She had long dreamed of having a child, but in her mind, motherhood was something that would stay on her list of things other people could do.

That is, until she met the treatment team at UCLA Health that would eventually give Linker-Estes and her husband, Sam, the confidence to start a family.

Meg Linker-Estes, now 42, gave birth to a girl, Kathryn, in 2018, and the couple are expecting a boy in April. “I feel that finding UCLA was an answer to our prayer,” she says.

Approximately 24,000 babies are born to women with epilepsy each year in the U.S., according to the Epilepsy Foundation. If certain protocols are followed, the vast majority of those are normal, full-term, vaginal births, says Aisling Murphy, MD, assistant clinical professor of Maternal Fetal Medicine at UCLA Health.

“Broadly speaking, patients who we can put on a safe regimen and have good control of their seizure activities, outcomes are really good,” Dr. Murphy says.

Mitigation measures might include preconception counseling, monitoring anti-seizure medications and dosages, developing strategies for care of the baby and mother after the birth, and monitoring drug levels to ensure safe breastfeeding.

“I think a lot of it is being able to explain to the patient that, although there’s some risks, in the majority of cases, things go very smoothly,” Dr. Murphy says.

Linker-Estes began having seizures as a child growing up in North Carolina. Most affected her vision – her eyes might pull to the side or she would see a flash of light. This limited her participation in certain school activities — for example, running in gym class — and she found herself lying to her peers about the reason.

Worse still, the medications she was prescribed had side effects. “You don’t want to get up in the morning, your mom has to drag you out of bed, and you don’t read quickly at school,” Linker-Estes recalls. Her parents took her to myriad doctors who tried nearly a dozen medications, but nothing reduced her seizures.

Linker-Estes earned her master’s degree in music at Baltimore’s Peabody Conservatory, and she and her husband relocated to Los Angeles in 2006 to work in the music and film industry.

By that point, Linker-Estes was having seizures almost nightly during her sleep. “We had to take away our bed frame because I would hurt myself,” she says. “I would try to walk or fall out of bed and I wouldn’t know where I was.”

The first thing Dr. Stern did was change her medication; since then, she has stopped having seizures in her sleep, says Linker-Estes.

As her seizures dropped to a few a week, Linker-Estes found it hard to ignore that nagging voice in her mind telling her she needed to have a baby. She recalls attending family gatherings filled with children and grandchildren. “My husband and I would talk about work-related events and we’d have the rest of the family talking about their kids. It made me miss having a family of my own.”

Soon, Dr. Stern added his voice to the mix. “Her situation was one where I thought she should not be denying herself a baby if she really wants one, because I didn’t think the epilepsy would prevent it,” he says. “It was a matter of talking through the concerns or the obstacles and the risks.”

“He’s the type of person who has a set plan that he feels will happen,” Linker-Estes says. “That gave me a lot of confidence.”

But first, Dr. Stern wanted to reduce the frequency of Linker-Estes’ seizures. He recognized that she was a candidate for laser ablation surgery, an MRI-guided, minimally invasive procedure that allows for a small probe to destroy the affected brain tissue within a single millimeter, reducing risk to the surrounding tissue. This approach is used when the surgical target is not at the surface of the brain, Dr. Stern explains.

In Linker-Estes’ case, the source of her seizures was in her occipital lobe, the visual processing center at the back of the brain — an unusual location, Dr. Stern notes.

“What’s changed in recent years is the ability to use that targeting with the laser and have a much more confined, smaller region, and it’s possible for the surgeon to reach regions that are not on the surface with very minimal impact at the surface,” he says.

Linker-Estes had the laser ablation procedure at Ronald Reagan UCLA Medical Center in 2014. The surgery reduced the frequency of her seizures to fewer than three a month, furthering her hopes that a baby might be possible.

One of UCLA Health’s strengths is its multidisciplinary approach to patient care. In 2016, Dr. Murphy was added to Linker-Estes’ treatment team, which included Dr. Stern; her gynecologist, Michael T. Johnson, MD; and her neurosurgeon, Itzhak Fried, MD, PhD, professor and director of the Adult Epilepsy Surgery Program in UCLA’s Department of Neurosurgery.

“That approach is reassuring to patients because they can see we’re communicating with each other and we’re all on the same page,” Dr. Murphy says. “I think that was reassuring for Meg, and for us, too – it’s helpful to have those resources.”

“Meg did really well with that,” Dr. Murphy says, noting that UCLA has partnered with a free, confidential service called Mother to Baby from which women can receive almost instantaneous advice on the safety of their medications during pregnancy and breastfeeding.

Four years after surgery, Linker-Estes says she has few limitations, thanks to UCLA Health. “I do choose to stroll with someone because I still have seizures. If I’m bathing my daughter, I make sure someone is here with me for safety reasons. Beyond that, I don’t feel nervous being alone around her.”

As she looks forward to the birth of her son, Linker-Estes says she hopes other women with epilepsy will keep an open mind about having a child. “If someone told me that they had tried everything available, if they haven’t gone to UCLA, that would be the place to go.” 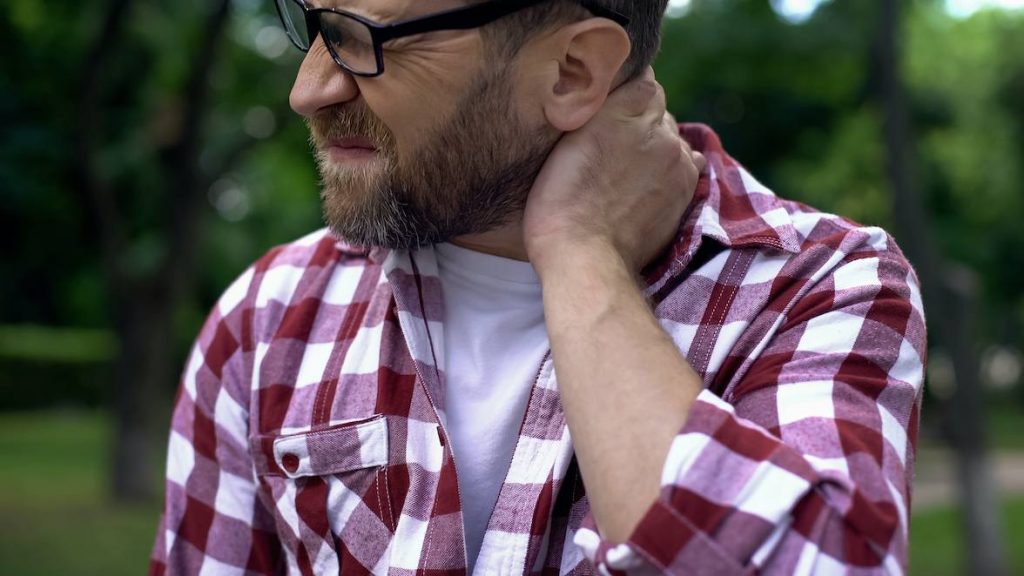 Recognize the non-headache symptoms of migraine

What to know about the scary sensation of sleep paralysis

What makes this parasomnia so frightening?