National Coming Out Day spotlights the challenges and wins of a long, complex journey

LGBTQ++ activists inaugurated the first National Coming Out Day on Oct. 11, 1988, exactly a year after more than 500,000 people took part in the National March on Washington for Lesbian and Gay Rights — a milestone in U.S. civil rights history.

Ever since, the day has served to draw global awareness for the celebrations and challenges around the LGBTQ++ community’s experiences with disclosing sexual identity to family, friends and/or the public.

Dr. Emery Chang, MD in internal medicine and pediatrics, considers himself “one of the lucky ones” in his positive experience coming out to family. Despite realizing his sexual orientation during adolescence, he says he didn’t come out to his parents until his first year of medical school.

“I left clues for years,” Dr. Chang says, “but it wasn’t until medical school, when my father called me and made it very clear from the beginning that he loved me and my sexual orientation didn’t matter to him. We ended up having this really nice, weeklong conversation.”

Though Dr. Chang experienced acceptance and support from his family, several of his LGBTQ++ peers still struggle with family dynamics into adulthood.

Coming out is not limited to one day, one experience, or one area of life. It is a process that is ongoing, and for many, there are hurdles to overcome.

One of those hurdles is “minority stress,” a type of stress specific to minority populations — in this case the LGBTQ++ community, according to Dr. Brandon Ito, assistant clinical professor of psychiatry in the Department of Psychiatry and Biobehavioral Sciences at UCLA.

“Because of external stigmas like internalized homophobia, threats of prejudice, discrimination, violence and harassment, there are chronically high levels of stress,” for those weighing whether to disclose, Dr. Ito says.

People, especially LGBTQ++ youth, may have to make a judgement on whether it’s safe for them to come out. Even today, safety “is still a major concern,” Dr. Ito says.

“In the most recent homeless count in Los Angeles, we learned that about 40% of homeless youth identify as LGBTQ++,” he says. “Of that 40%, two-thirds of them say that they are homeless because they were kicked out of the home or rejected from family.”

They might also have to struggle with feelings of wanting to belong, and fears of being a burden on others.

“From what we know clinically and from research, fears of rejection and burdensomeness are some of the most prominent and risky fears that LGBTQ++ individuals have,” Dr. Ito says. “These are high risk factors for later suicide attempts or completed suicide.”

For youth whose families have rejected them, the risk of suicide attempt is eight times higher than those who have experienced acceptance, according to a study published in 2009 in Pediatrics, the journal of the American Academy of Pediatrics.

LGBTQ++ youth of color face different stressors, according to Dr. Ito. Research shows that they are less likely to be out to family and peers and are less likely to be engaged in LGBTQ++ related activities. They may face cultural or religious conflicts and have less comfort with coming out.

“The experience of coming out for those individuals is very, very different than someone who doesn’t have multiple marginalized identities,” Dr. Ito says.

A key element to having a positive coming-out experience is family acceptance, Dr. Ito says.

Finding support can also extend beyond family — and National Coming Out Day plays an important role in highlighting awareness.

“It’s about visibility and showing support so that no matter where people are in the coming out process, they’re able to see other people who have come out and are doing well,” Dr. Ito says. “They can also find allies whether they be teachers, friends, doctors, to support them.”

For someone exploring coming out, here are a few ideas that might help with the journey.

Seek mental health support. “This doesn’t necessarily mean that you need to come in with a diagnosable disorder per se, but you can have an individual therapist that can help to work and discover what thoughts, ideas or fears you may have about coming out,” Dr. Ito says.

Join an LGBTQ++ group. For teens or young adults in the early stages of coming out, a group such as the Gay-Straight Alliance could help them with questions of identity. “A lot of teens don’t yet have a firm sense of who they are,” Dr. Ito says. “Sometimes it’s helpful to meet peers that they can learn about.”

Explore disclosing to your physician. “This is a valuable piece to care that your provider may need to give you the best resources, look at mental health aspects and give you the support you need,” Dr. Chang says. UCLA Health physicians can show they are LGBTQ++ allies in a range of ways, from the education materials they provide in waiting rooms to being listed as a UCLA Health LGBTQ+ Champion.

For multiple years, UCLA Health has received designation in the Healthcare Equality Index by the Human Rights Campaign Foundation (HRC) for being an “LGBTQ+ Health Care Equality Leader.”

At UCLA Health and the David Geffen School of Medicine at UCLA there are many support channels for patients, physicians, faculty and staff, students and trainees. The UCLA Gender Health Program offers:

UCLA EMPWR Program – UCLA’s “empower” program connects patients and families to an expert team of attending psychiatrists and psychologists as well as supervised advanced trainees who provide comprehensive mental health care. It is a joint initiative of the UCLA Division of Child Psychiatry and the UCLA Division of Population Behavioral Health designed to promote well-being and resilience in LGBTQ++, teenagers and young adults. 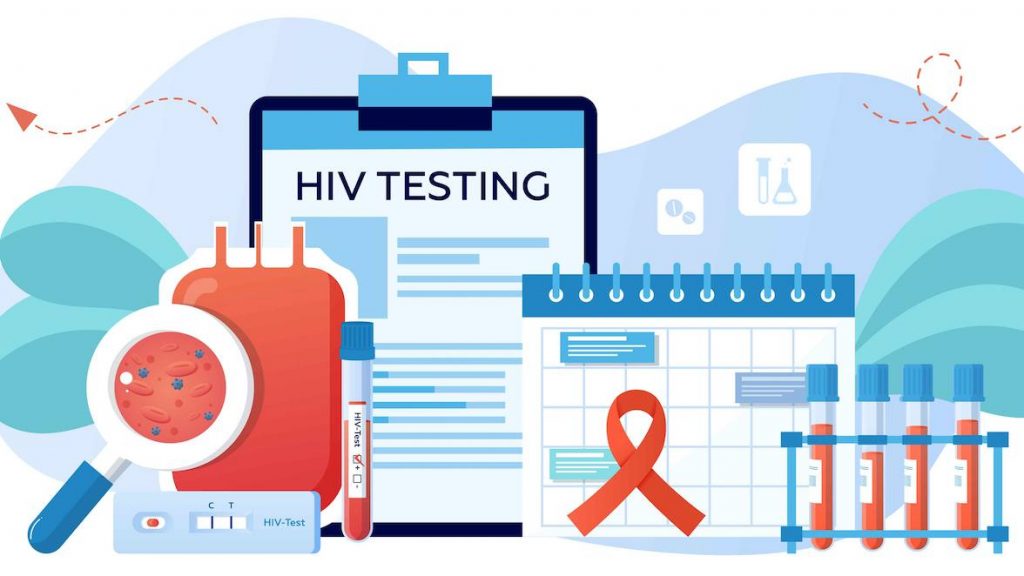 A Q&A with UCLA Health's Dr. Landovitz ahead of World AIDS Day 2021