A Family’s Story of Kidney Disease 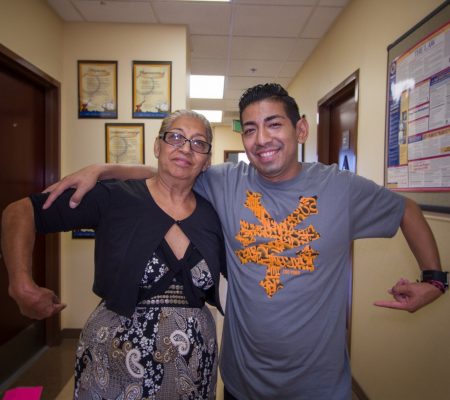 My name is Victoria Negrete; I was blessed with three children, two boys, and a girl. My eldest born son was first diagnosed with kidney failure in 1994, at the age of sixteen. He was supposed to have started dialysis in 2001, but he tragically lost his life after a complication during permacath placement. We were informed that something was unfortunately punctured during the procedure.

My youngest born son was diagnosed with kidney failure in 2008, at the age of eighteen. We learned that our family had Alport Syndrome, a genetic disease that causes kidney failure. I was terrified and worried that I might also lose him. He began hemodialysis for a year, which was a tumultuous time for him. It was difficult for me to see him exhausted and tired after every treatment.

A year after beginning hemodialysis, a nephrology fellow referred us to Dr. Anjay Rastogi at UCLA Health during my son’s transplant evaluation. Dr. Rastogi was pleasant, understanding and helpful, which was refreshing to see among the struggles my family was currently facing. He immediately recommended my son for a home dialysis treatment called peritoneal dialysis. We transferred care to the DaVita UCLA clinic, where the staff was caring, supportive and professional. After about 2 weeks of peritoneal dialysis training, my son started treatments at home. Everything was perfect; he saw Dr. Rastogi and the team every month to manage his health, which lead him to a successful kidney transplant.

In July of 2010, only two years after my son was diagnosed, I was unfortunately told that I also needed to begin dialysis. I was devastated, but at the same time I felt lucky when Dr. Rastogi accepted me as his patient. I had come to know Dr. Rastogi and the DaVita team so well that it felt like they were part of the family. He recommended that I start peritoneal dialysis.

My training was made easy by the fact that my son was still doing peritoneal dialysis and he was receptive to the treatment. After five years of my son and I being seen by Dr. Rastogi and the DaVita team every month at the Century City Clinic, my son was transplanted at UCLA on June 20, 2015. After receiving his new kidney, he continued to accompany me to the clinic.

My daughter lives in San Francisco with her husband, and she coordinates my care with my other members of my family. My daughter has recently been experiencing kidney woes. Doctors say that she is currently in stage 3-4 and is now on a special diet to avoid starting dialysis. She has learned so much from the care that my son and I have received from Dr. Rastogi and the PD Team that she has become her own advocate in San Francisco. My husband, daughter, and son are my sources of strength as I struggle with kidney failure. Dr. Anjay Rastogi from UCLA and the team at DaVita Century City ensure that I always receive excellent medical care. Thankfully, I have been doing well and have been active on the UCLA kidney wait-list since 2011.

My family and I have always been involved with the Spanish outreach and education for UCLA CORE Kidney Program: Celebrando La Vida at the Kidney Fair at the Beach each year. We were also a part of the Spanish UKEEP, UCLA Kidney Event at Ackerman and the UCLA interviews and testimonials. We really appreciate all of the educational programs that Dr. Rastogi and his staff create and host to strengthen patients and their families to become their own advocates.

After receiving the uplifting news by my DaVita family that I was getting to the top of the UCLA kidney list, I felt more empowered to continue to do well. Then another storm of bad news: this year there were some changes with my insurance and I had to switch my insurance carrier. We did as I was told and later was informed that I would not be able to see Dr. Rastogi and his DaVita team. I was devastated as I could not understand how they wanted me to separate from my family… families do not separate. I became very stressed and worried that I ended up at Ronald Reagan UCLA Medical Center. Dr. Rastogi and Joe, the PD nurse immediately started to inquire on how to help with this crisis. First, they were able to get month-to-month approval, which was a huge relief and peace of mind. After a couple of months, we received the great news that Dr. Rastogi and the DaVita team were approved to continue to oversee my medical care until end of December 2020. I never imagined that my doctor and PD nurse would go out of their way to help this way. Dr. Rastogi and the DaVita Team have always been very compassionate, caring and instrumental throughout all of our care and I feel so blessed that they will continue this journey with me. 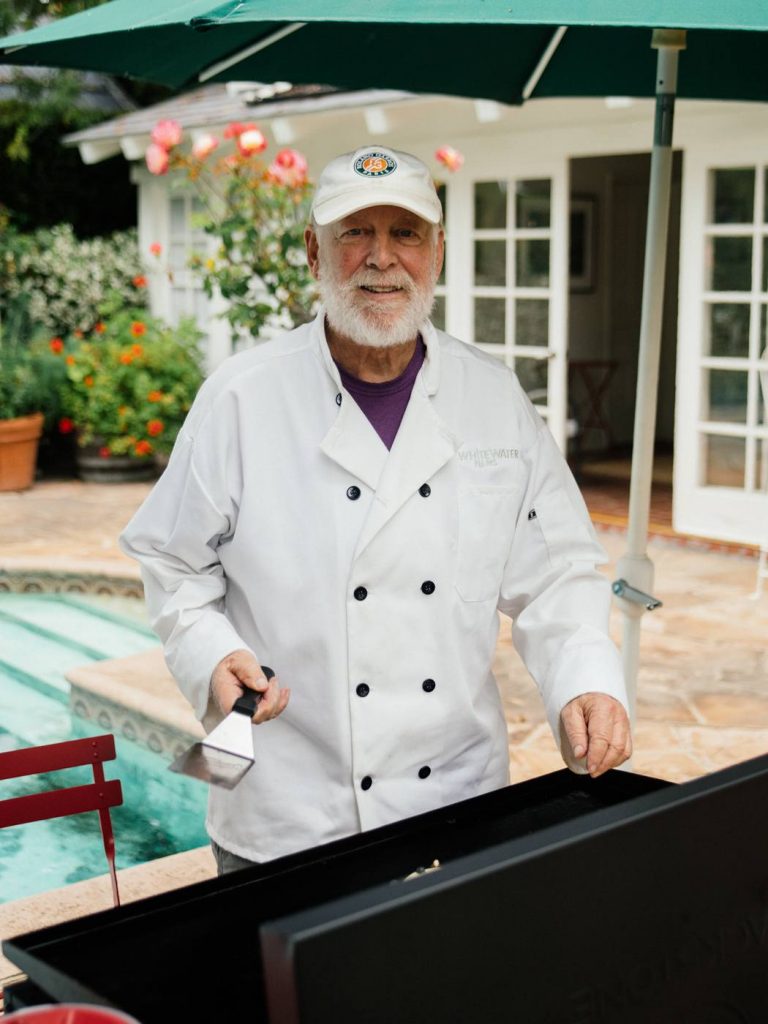 Being a great doctor is not just about being first in your class at Med School. It's actually much more about developing compassion, empathy, insight [...]