Treating the invisible wounds of war 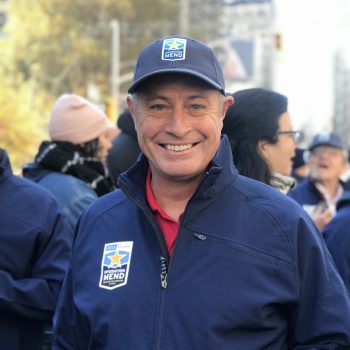 “I left the Operation Mend program in a much better place mentally and spiritually. You really do feel better when you come out of it,” says U.S. Marine John Kob, who went through UCLA Operation Mend’s intensive outpatient treatment program for PTSD and TBI, offered in partnership with the Wounded Warrior Project.

With a total of 22 years of serving as a U.S. Marine, Kob said that the military is part of his DNA.  Around 2005, he started experiencing back injuries due to the weight of carrying heavy combat loads and the physical aspects of his missions. He never took to the time heal and the pain kept building. In 2014, he started a new job as a recovery care coordinator for wounded warriors.  It was then that began to realize that he was also suffering from the symptoms of post-traumatic stress. He was distancing himself from people, isolating himself in what he called his “comfortable cave” and becoming hyper-vigilant about things like locking doors and closing the window blinds.

Kob completed the ITP program at UCLA in 2017. The six-week outpatient program helps veterans learn how to cope with post-traumatic stress disorder and traumatic brain injury, also known as the invisible wounds of war. He said the program helped him immensely.

“It’s not easy telling others your problems but when you trust the doctors and have faith in them, they can help.”