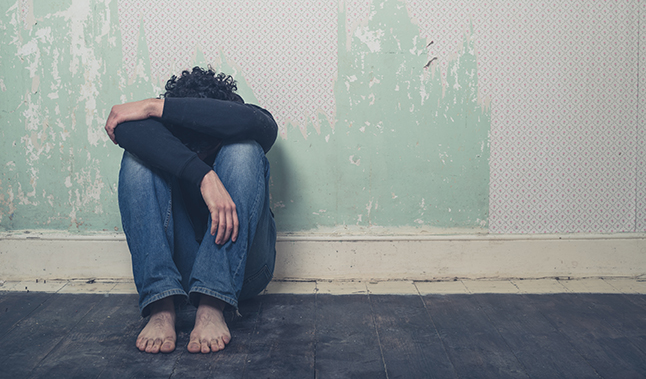 The Centers for Disease Control and Prevention (CDC) recently released alarming statistics — the rates of suicide have risen significantly in 40 out of 50 states. California, for example, saw an increase greater than 14 percent from 1999 to 2016.

What is contributing to the rise in suicide rates?

“We know there is no single cause of suicide and that the people who end up dying by suicide are a pretty diverse group,” says Joan Asarnow, PhD, director of the UCLA Youth Stress and Mood Program. “There’s a complex pathway that leads to suicide that likely involves both genetic and biologic factors, along with psychosocial risk factors and stressors.”

The CDC data show that more than half of people who commit suicide do not have a diagnosed mental health condition. Instead, suicide-linked stressors include:

A person may have multiple concerns — or an undiagnosed mental health problem — that contribute to their decision to attempt suicide.

“We need to prevent individuals from having access to deadly methods like firearms when they are distressed and overwhelmed,” says Dr. Asarnow. “Suicidal moments tend to pass. By preventing someone from having access to a lethal method during that period of acute distress, they often see reasons to live on the other side of it.”

Warning signs or danger signs vary, but there are some common things to watch for, including:

“Engaging in prior self-harm, whether suicide attempts or hurting themselves, is a risk indicator that someone may be at risk for attempting suicide or dying by suicide in the future,” says Dr. Asarnow. “The more attempts one makes, the more likely they are to use a deadlier method during the next attempt.”

Dr. Asarnow also says it is important to pay attention to triggers that were associated with a previous suicide attempt and be ready to intervene if those triggers occur again.

Combatting the rise in suicide

“One of the most protective factors is feeling connected to others. A sense of belonging is fundamental to keeping someone alive,” says Dr. Asarnow. “I often hear from patients that they wouldn’t attempt suicide because of what it would do to friends or family members. So it’s critical that family and friends talk with someone who struggles to let them know they care.”

She adds, “Even if someone is bullied or their peer situation is bad, it is easier to manage when they feel loved by their family and know there is no problem too big for them to get through together.”

If you or a loved one are in crisis, call the National Suicide Prevention Hotline at 1-800-273-8255. The UCLA Youth Stress and Mood Program provides care for children, teens, young adults and their families who live with depression, self-harm behavior or suicidal thoughts. Struggling adults can seek care from Behavioral Health Associates, which offers six clinic locations.

What COVID-19 revealed about obesity and our immune system