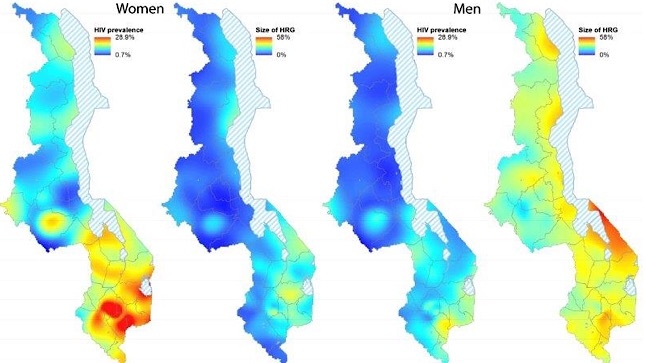 Sally Blower, a professor in the department of psychiatry and biobehavioral sciences at UCLA’s Semel Institute, has devoted her career to understanding how infectious diseases such as HIV, syphilis, genital herpes, tuberculosis and leprosy spread.

But instead of donning a white coat and examining patients, Blower uses her skills as a biomathematician and evolutionary biologist to help shape health policy.

Her latest project, a study which appeared Feb. 9 in the medical journal BMC Medicine, centers on Malawi, a largely rural country in southeast Africa with a high incidence of HIV/AIDS. The study suggests that, in order to substantially reduce the HIV epidemic, interventions are needed to reduce high-risk behaviors in both rural areas and cities.

“Your risk of getting HIV really depends on where you live,” said Laurence Palk, a postdoctoral fellow in Blower’s lab and the study’s first author.

The findings provide information that could influence the design of HIV epidemic control strategies in Malawi and other sub-Saharan Africa countries.

The researchers found that there is substantial geographic variation in the severity of the HIV epidemic in Malawi. In almost every community, the HIV epidemic is more severe in women than in men. In Malawi, 13 percent of women and 8 percent of men are infected with the virus that causes AIDS. Yet many HIV-infected women have only had one or two lifetime sex partners, according to the study.

According to the Joint United Nations Programme on HIV/AIDS (UNAIDS), about 66% of new HIV infections in 2015 occurred in sub-Saharan Africa. In Malawi, the epidemic plays a critical role in the country’s low life expectancy of just 57 years for men and 60 years for women.

The maps above illustrate the results of HIV testing and behavior data gathered from 14,000 participants in the 2010 Malawi Demographic and Health Survey.

“Our maps reveal that HIV-infected individuals are dispersed throughout Malawi and live in all types of communities – urban, semi-urban, and rural,” said Blower, director of the Center for Biomedical Modeling at UCLA, and the study’s senior author. “All of these communities, at some point, must have ‘imported’ HIV.”