A cup of hot tea a day could keep glaucoma away

Sipping a mug of piping hot tea on a cold day doesn’t just warm you up—it may also protect your vision.

That’s the good news from a new UCLA study, which found a daily cup of hot tea may reduce your risk by up to 74 percent of developing glaucoma, one of the leading causes of blindness worldwide.

Darjeeling not your cup of tea? Too bad. Drinking decaffeinated tea, regular or decaf coffee, iced tea and sodas appeared to make no difference to glaucoma risk. The British Journal of Ophthalmology published the findings. 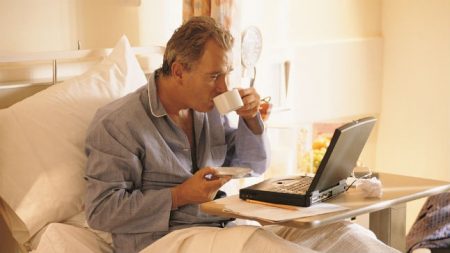 Glaucoma develops when fluid build-up increases pressure inside the eye. Without treatment, the rise in pressure damages the optic nerve and eventually leads to permanent blindness. Already affecting 57.5 million people worldwide, the number of people with the disease is predicted to reach 65.5 million by 2020.

“Earlier research suggests that caffeine can influence pressure inside the eye. Our study, however, is the first to look at the impact of decaffeinated and caffeinated drinks on glaucoma risk,” said lead author Dr. Anne Coleman, the Fran and Ray Stark Professor of Ophthalmology at UCLA’s Stein Eye Institute and David Geffen School of Medicine.

Coleman and colleagues examined 2005-2006 survey data collected by the U.S. Centers for Disease Control and Prevention. Tests detected glaucoma in 5 percent of the 1,678 people who underwent eye exams as part of the survey.

Survey participants answered questions about how often they drank caffeinated and decaffeinated beverages and in what amounts over the past 12 months.

People who enjoyed a daily cuppa hot tea were less likely to have glaucoma than those who were tea-teetotalers, the data found, even after controlling for variables like smoking, diabetes, age, body mass index, ethnicity and gender.

Latte lovers were out of luck. No similar risk reduction was found in people who regularly consumed regular or decaf coffee, decaffeinated tea, iced tea or sodas.

A few caveats before you throw a tea party:

“We know that tea contains antioxidants and chemicals that help fight inflammation while protecting the brain,” said Coleman, who is also a professor of epidemiology at the UCLA Fielding School of Public Health. “Previous studies suggest oxidation and neurodegeneration may pave the way for glaucoma to develop.”

Antioxidants and inflammation-fighting chemicals are also associated with a lower risk for serious health conditions like heart disease, cancer and diabetes.

“Our next step will be to determine whether drinking hot tea could play a role in preventing glaucoma and uncover the mechanisms that protect the eyes from increased pressure,” Coleman said.

For persons with a family history of glaucoma, however, there’s no harm in playing it safe. Treat yourself to a plate of crumpets, follow Captain Picard’s example and order “Tea, Earl Grey, hot.”