Considering an all-nighter? Pity your poor brain cells and skip it.

People get too little sleep for lots of reasons. But whether you’re binge-watching Game of Thrones or nursing a colicky baby, the results are the same: you’re really tired the next day.

Now a new UCLA study shows that your brain cells get sleepy, too. And that can lead to some serious spacing out… with potentially dangerous implications.

“We discovered that starving the body of sleep also robs neurons of the ability to communicate with each other,” said senior author Dr. Itzhak Fried, a professor of neurosurgery at the David Geffen School of Medicine at UCLA and Tel Aviv University. “This leads to mental lapses in how we perceive and react to the world around us.”

Fried and his colleagues studied 12 people with epilepsy who had electrodes implanted in their brains in order to pinpoint the origin of their seizures before surgery. Because lack of sleep can provoke seizures, some patients stayed awake all night to speed the onset of an epileptic episode.

The team asked participants to quickly categorize a variety of images while electrodes recorded each patient’s neurons firing. Researchers paid particular attention to cells in the temporal lobe, which controls visual perception and memory.

Performing the task grew more challenging as the patients grew sleepier. As the patients slowed down, their brain cells did, too. 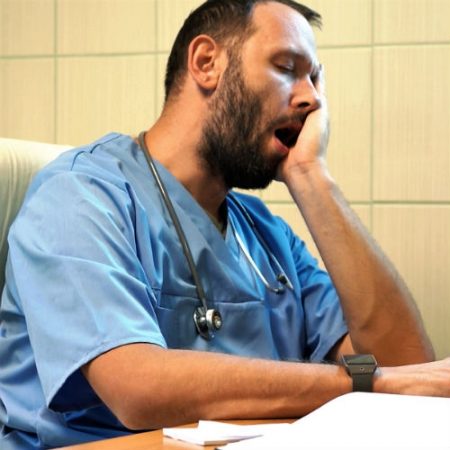 Sleep deprivation caused the bursts of electrical activity that brain cells use to communicate to become slower and weaker, reported National Public Radio. This sabotaged the brain’s ability to encode information and translate visual input into conscious thought.

Fried offered the examples of a pedestrian stepping in front of a sleep-deprived driver’s car.

“The very act of seeing the pedestrian slows down in the driver’s overtired brain,” Fried said. “It takes longer for his brain to register what he perceives.”

Equally alarming, noted NBC News, the scientists discovered that slower brain waves – the kind that accompany sleep – washed across key parts of the brain even when the volunteers remained awake.

“This phenomenon suggests that select regions of the patients’ brains were dozing, causing mental lapses, while the rest of the brain was awake and running as usual,” said Fried.

So if we force ourselves to stay awake, Quartz observed, individual cells might try to sneak in a catnap.

It might be time to rethink how we view sleep deprivation, which can have a similar effect on the brain to alcohol intoxication, reported Newsweek.

“Severe fatigue exerts a similar influence on the brain to drinking too much,” Fried said. “Yet no legal or medical standards exist for identifying overtired drivers on the road the same way we target drunk drivers.”