When a troubled world fuels fear in children

During the Cuban missile crisis, in 1962, schoolchildren (like myself) were taught to hide under our desks in the event of a nuclear attack. Some “lucky” kid’s parents were building bomb shelters.

I didn’t know the ins-and-outs—that the U.S.S.R had begun shipping nuclear missiles to Cuba that could easily target the U.S.­--but I heard enough  snippets of conversations between grown-ups, or  news updates on our black-and-white TV, that I was . . . concerned? Scared? Worried? I don’t recall. But it was enough to ask my parents why we weren’t building our own bomb shelter.

These days, fears can accumulate. Kids hear about bombings at rock concerts, vehicles mowing down innocents, or, in the U.S., shootings—lots of shootings (a nightclub in Orlando, a University in Virginia, Sandy Hook elementary school in Newtown, Connecticut, weekend killings in Chicago).

The threat of random acts of violence weighs on many adults (including, on average, the 3.5 children killed by guns every day in the U.S., with seven out of 10 shot intentionally).

But what about our kids? For them, anxiety and fear may percolate below the surface, says Melissa Brymer, the director of terrorism and disaster programs at the UCLA-Duke National Center for Child Traumatic Stress.  Brymer has worked as a lead advisor for families impacted by the Newtown shootings in 2012, and as a consultant for the city of San Bernardino, California, for the 2015 shootings that killed 14 and injured 22 employees of the San Bernardino Department of Public Health.  She is an expert on how children and adults deal with stress following disasters, including natural ones like earthquakes or tornados, or human ones, like shootings.

When it comes to sleuthing out how anxious or fearful your child may be feeling, step one, says Brymer, is to find out what your child knows. Just like adults, children’s personalities are on a spectrum. “Some kids have anxious personalities,” she says. “They pick up on the news or hear people talking, while others are oblivious about events taking place beyond their immediate world.”

That’s one reason parents need to censor their own conversations when younger children are in the room. “It’s cathartic for adults to talk out their worries with other adults, but we need to be sensitive and shield younger kids from these kinds of talks,” she says.

A few of the signs of high anxiety to look for are changes in a child’s personality, from “bubbly” to quiet, or from inquisitive to isolating. Other changes could be kids no longer wanting to go to favorite places like the park, a concert or movie, or becoming clingy and afraid of their old routines.

Smaller children, in particular, don’t handle a lot of information all at once. “Give kids basic information about what has happened, but you don't need to give a lot of detail, unless your child can handle it.”

Timing is critical too. Bedtime? Not the best. “Don’t bring it up when you’re tucking your child in for the night; that conversation can be the stuff of nightmares,” says Brymer. “Better to talk at a time when you can focus on your child’s verbal and nonverbal responses, such as before dinner, perhaps driving somewhere in a car, a time when you are both able to plug into the conversation.”

And be honest, even when talking to young children. “Never say ‘it will never happen here’ because, of course, nobody knows; adversity can happen to any of us,” she says.

Use the appropriate language. "The words will be slightly different depending on the age of the child," she says. Assure them you're monitoring what's happening in the world. Develop proper safety procedures at home, give them a safe place they can go to if something happens at home, and show them how to call authorities. “Take your kids to the local mall, their favorite restaurant, or a movie theater, and show them where the exits doors are and how to leave safely.” Highlight the safety plans and procedures at school.

If your child has personally experienced some type of trauma from an event, the best course of action is to give them time. "Healing is such an individualized experience. Some of it depends on past trauma or losses," says Brymer. "We all have different coping strategies and personalities, even the youngest children." It also depends on the type and frequency of reminders they are experiencing.

Older kids will behave differently. They may show more independence, pull away from family, perhaps be more irritable, have more angry outbursts, or even engage in risky behaviors, says Brymer.

One important factor to consider is the way in which children of many ages can easily access information, such as videos, and comments, such as text messages from friends, about traumatic events on their cellphones.

“A few days after the Manchester England attack in May 2017 there was video of bloodied bodies lying there dead; how is that impacting youth?” she asks. “And in the videos you could hear people—kids--screaming in fear and running. Hearing the actual sounds of Manchester, says Brymer, seeing the violence as opposed to just reading or having someone tell you about it, takes it to a “whole other level of gravity,” she says. ”It’s not a TV show anymore; it’s real life. It puts it into a reality, a context, and creates more fear.”

Social media poses another challenge for parents. It’s important to know how your children are using social media and to talk with them about the pros and cons of information they view on Facebook and other sites. “We need to help our kids be critical thinkers and know they can’t trust everything that we see on social media,” Brymer says. 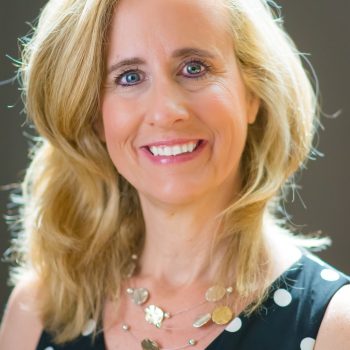 Parents and teens may not always have the best relationship, and a conversation could reach a sticking point in which a teen flatly refuses to talk about their feelings. In such cases, it’s important that the teen have someone in their lives they are comfortable speaking with. “I had a situation where a mom had triplets, and the kids wouldn’t talk to her, but they did to me,” says Brymer. “So it doesn’t have to be the parent. It could be a grandparent, an uncle or aunt, a coach or pastor.”  Even if your teens don’t want a detailed conversation, ask what is reminding them of the event and discuss a plan for you to help them cope when those reminders occur.

Still, says Brymer, parents, should never give up on trying to communicate with their children even when they are met with resistance. “So persevere, and try again in a couple of days,” says Brymer. “Keeping the lines of communication is vital, and sometimes it’s hard work.”

How parents and caregivers can prevent child sexual abuse

Tips from Stuart House, a program of the Rape Treatment Center