What do I need to know about autism? 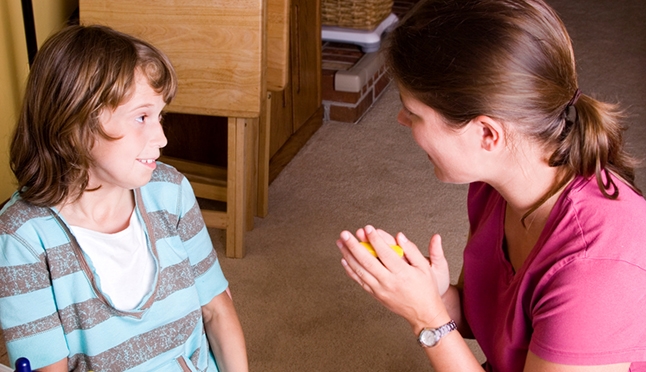 Autism spectrum disorder (ASD) describes a wide range of neurodevelopmental disorders that can cause significant social, behavioral and communication challenges.

Autism spectrum disorder, which affects roughly 1.5 percent of children, is often characterized by repetitive motions, limited social and emotional interaction, and delayed speech and language skills. “Symptoms can vary greatly from one child to the next, but typically develop within the first two to three years of life,” explains Amanda Gulsrud, PhD, clinical director of the UCLA Child and Adult Neurodevelopmental Clinic.

Children develop certain skills and abilities at their own pace. However, if you are concerned your child is not meeting milestones, you should meet with your doctor to discuss your concerns. “A pediatrician can screen for ASD symptoms and provide referrals to professionals who specialize in diagnosing ASD,” Dr. Gulsrud says. “Evaluations often include direct observation of the child, interviews with the caregiver, questionnaires, and interviews with the child’s teacher.”

Although no “cure” for autism currently exists, several behavioral interventions have proven successful in improving a child’s functioning and behavioral symptoms. “The most well-known treatment is applied behavior analysis (ABA), which provides families with interventions that can be folded into their daily routines,” Dr. Gulsrud says. “ABA is used to build skills across all areas of development (e.g., cognitive, play, socialization, and daily living skills) and reduce challenging behaviors such as tantrums and aggression.” Additional forms of treatment include language and communication therapy; occupational therapy and physical therapy.

There are currently no FDA-approved medications to treat ASD, but medications are sometimes used to treat related symptoms, such as inattention, anxiety, depression, irritability, repetitive behaviors, self-injury and sleep disturbance.

While there is no single cause of autism, recent research has identified several genes that increase a child’s risk for ASD. Children who have a sibling with ASD, for example, are more likely to have ASD as well. Children born to older parents are also at increased risk of developing autism spectrum disorder.

“Ultimately, ASD is thought to be the result of a complex combination of genetic and environmental risk factors,” says Dr. Gulsrud.

Get more health tips for parents at uclahealth.org/healthtips.

‘The majority of us will have some difficulties in terms of social interactions,’ says UCLA Health psychiatry professor Emanuel Maidenberg

Prostate cancer is the most common cancer in men. The majority of prostate cancers are found in men 65 and older