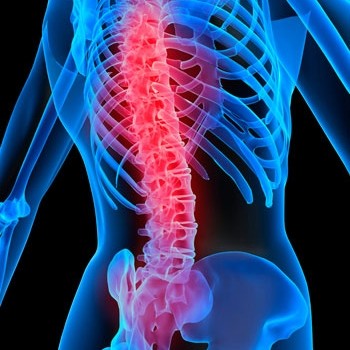 Dogma can be dangerous. Take, for example, the belief that scar tissue formed by glial cells after brain or spinal cord injury impedes regrowth of damaged nerve cells. To date, that firm belief has kept many researchers determinedly focused on trying to remove or counteract that scarring.

As it turns out, that firm belief was wrong.

Dr. Michael Sofroniew, a professor of neurobiology at the David Geffen School of Medicine at UCLA, has found that the glial scar tissue that forms after spinal cord damage might actually favor nerve cell regeneration.

The new research, published March 30 in the journal Nature and featured in its News & Views section, could ultimately lead to new approaches to repair catastrophic spinal cord injury.

The paper begins with a bit of history, explaining that the scars have been regarded as barriers to regrowth since the mid-twentieth century on the basis of “appearance” and early reports suggesting that they were an impediment to regrowth.

But when UCLA researchers investigated what happened when the scars were prevented or dissolved after formation. They found … nothing.

So they began to challenge. And challenge some more.

Ultimately they found that those mid-twentieth researchers – and many of those after them – had been wrong.

"This paper may encourage some to shift their focus away from trying to decrease astrocyte activity, in particular in scar formation, and toward how to exploit it as a way to promote regeneration," said Joshua Burda, the study’s co-first author and a postdoctoral fellow in Sofroniew’s lab.

It also shows the perils of not continually challenging dogma in scientific research.