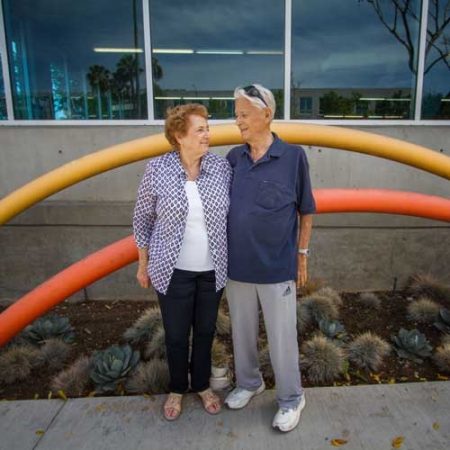 “I was on a gurney ready to have surgery and my blood pressure was over 200. I said that can’t be right, it must be the machine. They tried another, and it was 213,” says 83-­year‐old Arlene Dunaetz. “They couldn’t go ahead with surgery; I could have had a heart attack or stroke. When Dr. Rastogi, my husband Richard’s nephrologist, found out, he came out of a meeting and said, ‘I want you to be in my blood‐pressure-­study group, I want to help you.’ And he’s helped me tremendously!” Arlene has now been in UCLA Health’s blood-­pressure-­study group for three years. Richard Dunaetz, whose high blood pressure led to kidney failure, adds, “Within two months [of joining the study group], her blood pressure dropped to below 120!” Smiling, Arlene, says, “We’re just tremendously grateful. Dr. Rastogi has saved both our lives.” 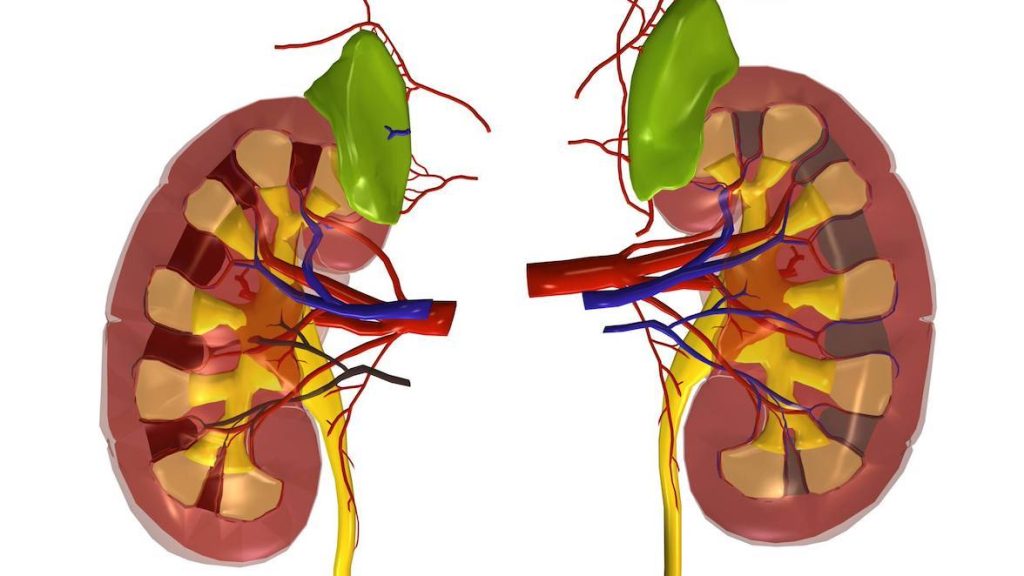 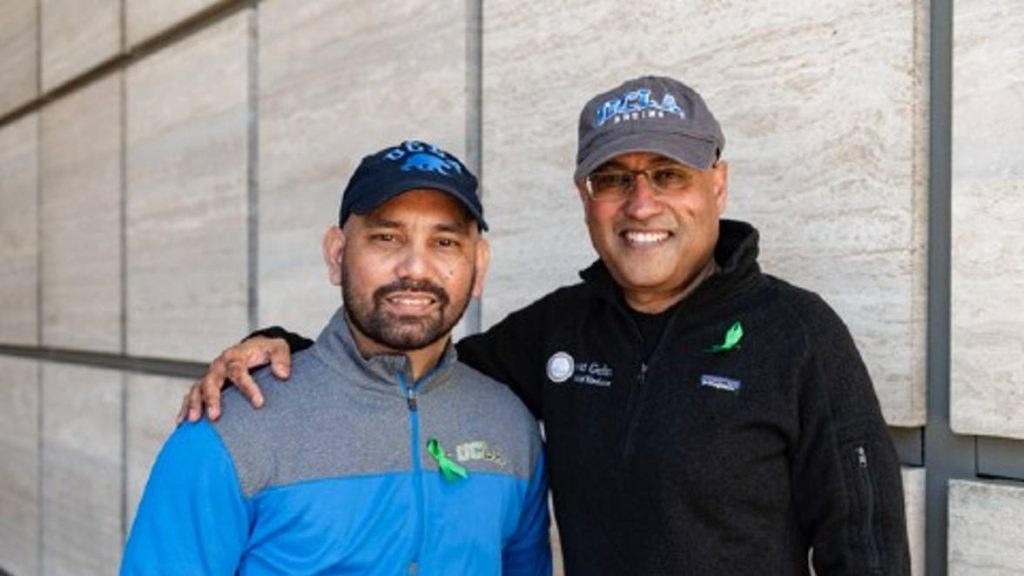