Tonya Dapson was at work when she first noticed that she was having trouble writing and making out letters and numbers. "I stopped and thought about it, and I thought, 'What's happening with my hand?'" she recalls.

As her symptoms continued to worsen, she sought help. After receiving several misdiagnoses, she was referred to UCLA in 2005, where a neurologist identified her condition as early onset Parkinson's disease. 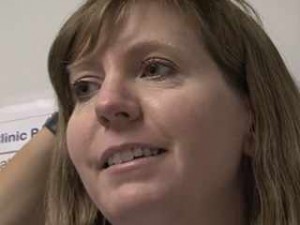 The diagnosis terrified Dapson, who was in her early 30s. But there was a surgical procedure that offered her some hope of controlling the symptoms of the progressive illness as the medications she was taking became less effective. She was offered a procedure called deep brain stimulation (DBS).

DBS involves implantation of a pacemaker-like device in the brain, explains neurosurgeon Nader Pouratian, MD. "We put electrodes deep inside of the brain to treat the abnormal activity that we see in Parkinson 's disease or whatever other disease we're treating with this therapy," he says.

The goal, says neurologist Yvette Bordelon, MD, PhD, is to "reorder the firing pattern" of circuits in the brain to "achieve better control." Once the electrodes are implanted in the brain, leads connect to a small battery pack that is placed within the chest. A wireless remote allows doctors and the patient to program the device and make continual adjustments.

DBS is not a cure for Parkinson's. "It's an additional intervention we can use to manage the symptoms," Dr. Bordelon says.

In Dapson's case, the procedure helped to establish a more consistent response to her medications. "It's helped amazingly," she says. "I'm probably about 80 percent better than I was. I don't have the weakness, the stiffness. ... It's made a huge difference in my life."