My HERO……he fought the good fight 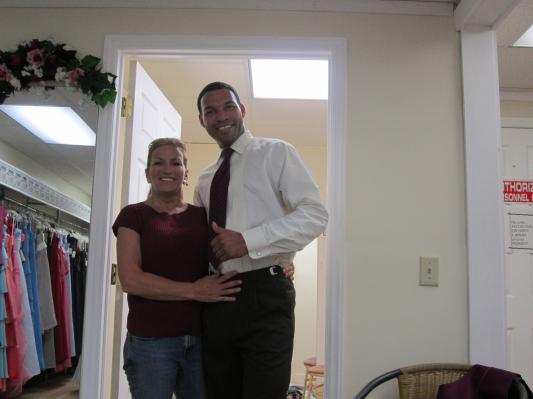 My beautiful son, Garrett was diagnosed with Hodgkins Lymphoma on Decemember 26, 2009.........the day after Christmas and a month after he ran a 5k race. He was only 29 and was an athlete all his life. We were in Tennessee visiting for Thanksgiving and I could tell something was wrong, just didn't imagine cancer. He had lost weight and had a terrible cough that wouldn't go away. He ran a 5k on Thanksgiving, but it took him forever to get through the race, so I knew something was wrong with my boy. I had just lost my sister (Meta) the month before so I was still grieving for her, she was only 49.

Garrett was a shining star, always had been - he could do anything and was always a leader. It truly broke my heart when he told me about his cancer. I was numb and I think I still am. My son, after a long courageous battle, multiple chemotherapies, radiation and a stem cell transplant, lost his battle on March 04, 2013. I cannot begin to explain the pain that I feel or the emptiness I feel inside without him in my life. I spent almost the last 2 years with him 24/7, moved here from Delaware to take care of him. But I feel so much guilt and pain, like maybe I didn't do enough to save him. I still don't understand why my son had to go and my life will never be the same. I keep wishing I could have traded places with him but I know I cannot turn back time, but my son truly wanted to live and did everything he could to fight. I am so heartbroken for him, for me, for his little 3 year old daughter who will never see what a loving daddy that she had.

I know his doctors did everything possible and I cannot begin to thank them enough or express my gratitude for treating him so well. They became his family, they treated us both like family. They knew us both by name and always made sure Garrett had every comfort that he could ask for.  Garrett had the best care partners, doctors and nurses that we could have ever have hoped or prayed for. We could not have made it without them and the kindness that they showed to my son and to me. I just want to thank UCLA for taking care of my son to the end. I am having a very difficult time getting over his passing, but I know he is in heaven with all the other angels just waiting on his first assignment from God! Thank you UCLA, thank you for all the family and friends who were there for him and thanks be to God for allowing me the time I had with that beautiful boy. He had the best smile and always made others smile too. I will always love you Garrett, you will always be my HERO on earth and in heaven.