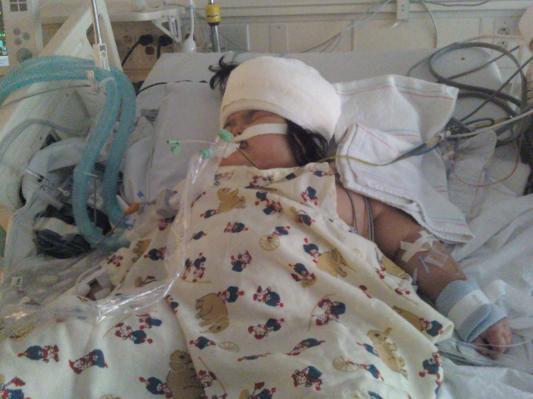 Our daughter was born healthy. At the age of one month old she became ill with bacterial meningitis, she went on to three bouts of BM before the age of 1year old. Due to this she had brain damage, epilepsy, and severely mentally and physically delayed. She had different types of seizures, but the ones which developed in 2007 were the worst... infantile spasms. It got to the point they were so consistent she was starting to lose her balance when sitting up and would stop breathing. We met with Dr Gary Mathern, pediatric neurosurgeon. He advised us she was a candidate for a hemispherectomy and the chances were 50/50 success.

Finally the day came, in june of 2008. Weeks passed, and no spasms(IS) ! Surgery WAS a success! Only downside being removal/disconnection of half the brain left her right side arm/leg semi paralyzed. Unfortunately she did continue having some of her other seizures, in which she would stop breathing. The daily loss of oxygen to her heart eventually took a huge tole on my precious daughter and she ended up with a tracheotomy and months later a ventilator. Our baby girl, Nadia was extremely strong and went through more then any small child should ever endure. Pain, struggle, her body gave up the fight. She passed away late Nov 2009 at the age of 4yrs 2months old. 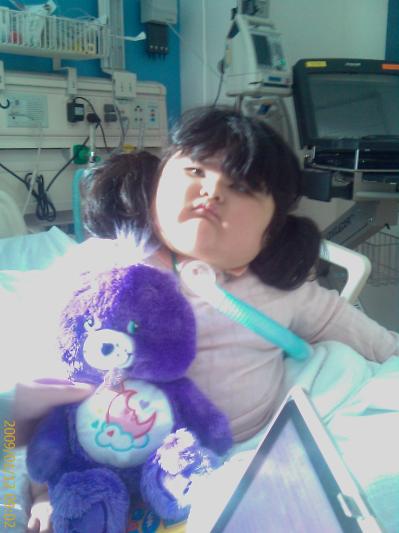 We believe the surgery preformed by Dr Gary Mathern gave our daughter another year to live. Another year to enjoy, love, hug our daughter. There are no words to express our deep emotions towards him... just thank you so much.