UCLA interventional neuroradiology team invented a revolutionary device to save lives and limit disability of ischemic stroke victims. It is the first medical device cleared by the U.S. Food and Drug Administration to remove blood clots from the brain in patients experiencing an ischemic stroke.

The MERCI story started in fall 1995 while I was treating a stroke patient at UCLA. I was scrubbed with one of our fellows, JP Wensel; we had accessed the MCA thrombus [1] easily but then could not reopen the occlusion despite a two-hour infusion of Urokinase [2]. Frustrated, I thought that we should have a device that would just remove the clot, that should be faster and have less risk of hemorrhage than thrombolytic.

After the procedure JP and I started drawing all kind of shapes for an embolectomy device, some very bizarre and most of them impractical of course, but our first idea was a nitinol-made helicoidal device very similar to the current MERCI Retriever. We filed an invention report with the UCLA office of technology transfer and licensed the idea to MIS (Micro Interventional System). We decided to first develop the helicoidal shape idea, and started in vitro and then animal studies in 1996. The first devices were crude and could only be advanced in straight anatomy but they did remove clots.

In 1999 Concentric Medical was founded with me as Medical Director. [3] It took us two years before starting the clinical safety study in May 2001. The first two patients treated at UCLA with the MERCI retriever were two full TIMI 3 [4] successes, which encouraged us to continue with the helicoidal configuration of the MERCI Retriever [5].

In that first case, there were equal parts anxiety and excitement. We, together with our team of excellent Stroke and Emergency Neurologists (headed up by Jeff Saver and Sid Starkman), had been doing intraarterial rtPA [6]. for acute stroke in patients, and had extensive experience in the animal lab with the Merci device (the first one, now called X4). But now we were there, really trying for the first time in a patient. Could we get the microcatheter up to the clot? Would the device deploy? Would we get a dissection or perforation? Would the device really ensnare the clot and pull it out? Would the balloon catheter damage the artery, or would it effectively prevent the clot from going distally into the artery? Could we actually pull the clot into the guide? All of these questions and more were running through our heads as we proceeded.

The following pictures were taken during the treatment of the first patient at UCLA. The intervention was performed by Dr. Gary Duckwiler.

Almost never with a first-ever procedure do things go exactly as hoped, but this case did. We extracted the clot and flow was restored. The patient immediately went from hemiplegic to full strength. With our Stroke Neurology Colleagues in the control room anxiously awaiting the results, it became immediately obvious with our uncontrolled shouts of "YES" and "WooHoo". For Pierre, I am sure that it felt like his babies being born to see all of his work and effort result in success. The glow from that first case kept all of us in the Stroke Team fully energized for weeks and months through the occasional failures, complications, and frustrations. The feeling to be on the frontier of a revolutionary breakthrough in the treatment of a devastating and often fatal disease was indescribable. We continued to learn from each case, identifying problems which lead to new ideas and solutions, which the R & D engineers then put into newer products and techniques which have definitely resulted in greater and greater success in recanalization.

Dr. Jahan demonstrated the MERCI Retriever, the first medical device based on technology invented by the Division of Interventional Neuroradiology at UCLA. Approved by the FDA, it removes blood clots from the brain in patients who are experiencing an ischemic stroke.

See the MERCI Retriever in action on another patient >

Thirteen years after Dr. Wensel and Dr. Gobin made the first drawings of their invention, 10,000 patients have been treated with the MERCI retriever. Concentric developed a first of its kind device at a time when no other companies believed in this technology nor in this market. That would not have happened without the support and advice from all the INRs and Stroke Neurologists, first at UCLA then all around the country. The MERCI retriever opened the way for the mechanical endovascular treatment of stroke, as shown by the current sprouting of many competing devices and technologies in the USA and abroad. There is still a long way to go because wide adoption of embolectomy technology is impaired by the absence of prospective controlled trials. These studies are ongoing or are being designed and if they are well done, we think that they will be positive. We have to prove that early embolectomy benefits patients with large intracranial vessel occlusion, which are responsible for most moderate or severe strokes and for whom IV t-PA is marginally effective. A positive trial will require radical changes in the health system to offer endovascular treatment to the majority of stroke patients: stroke centers would be mandated to offer endovascular therapy, or to quickly transfer these patients to a comprehensive stroke center where it is available. And finally, we will see the treatment of stroke moving from the ER to the Interventional lab.

2.Urokinase is a protein (enzyme) which works to break up and dissolve blood clots which can block arteries. It is one of the the first thrombolytic agents approved for clinical use.

3."After finishing the animal studies, JP had completed his fellowship and went in private practice in Oregon, but I continued the studies with MIS engineers. Unfortunately MIS was sold soon after and no industrial effort was made on further developing the retriever, and finally the company was closed in 1998.

The patent rights fell back to UCLA, but the UCLA technology transfer office was not keen on paying for continuous patent fees and especially for the notoriously expensive international patent rights. I knew that without international protection no company would invest in the MERCI retriever. I offered UCLA to personally pay for international filing if they gave me these international rights, which they did.

I contacted a former engineer of MIS, Brian Martin, to work together and he started making prototypes in his garage. I also started looking for a company to license the device, but at that time, no one believed that there was a market for it. Finally, I contacted an incubator called The Foundry where I knew many people. Specifically, Martin Dieck had a project of a broad INR company that would offer a range of microcatheters, wires, balloons and Ivan Sepetka (the co-inventor of the GDC) had a new idea for treating brain aneurysms. While no investors would have funded Concentric Medical if it were only focused on ischemic stroke, they liked the idea of offering a broad range of products and we were able to raise money and in 1999 Concentric Medical was founded with Martin as Chief Operating Officer, Ivan as Chief technology Officer, and me as Medical director." - Dr. Pierre Gobin, MD

5."The device was not called MERCI at that time but the "Concentric Retriever". I wanted to find a catchy name for our Phase 1 study and with Gary Duckwiler we were brainstorming about it: Embolectomy In Stroke EIS? No. Concentric Retriever for Stroke Treatment CRST ? No again. Endovascular Treatment of Stroke by Embolectomy ETSE ? Definitively not. Finally Gary came up with Mechanical Embolus Removal in Cerebral Ischemia, MERCI, which was adopted enthusiastically. Concentric liked it so much that it also became the name of the device." - Dr. Pierre Gobin, MD

Our interventional neuroradiologists offer expert, minimally invasive procedures to treat blood vessel disorders of the brain and spine. We are national and international leaders in interventional treatments. 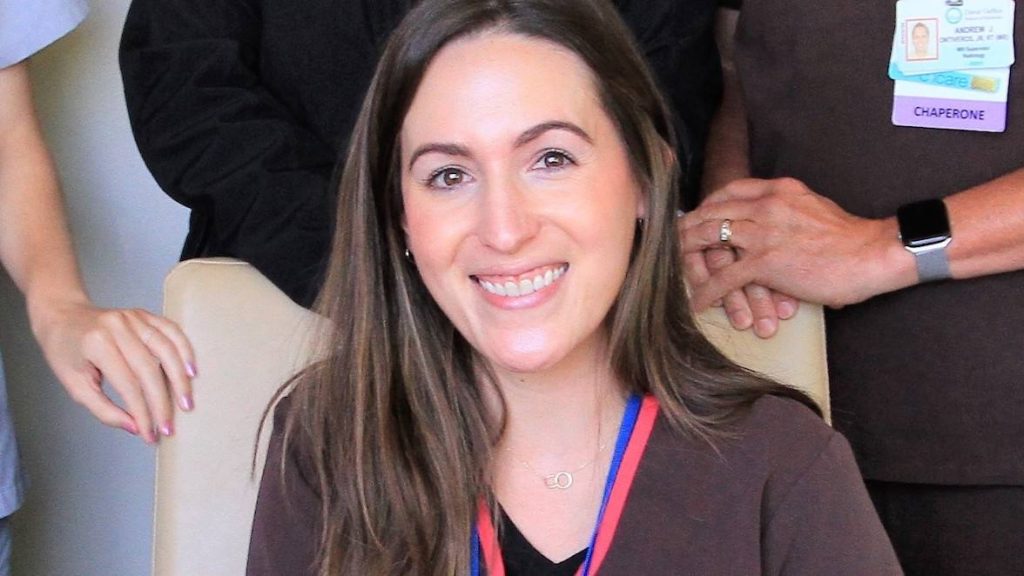 What a ‘Good Catch’ in the MRI suite looks like

Harnessing her experience, training and intuition, a UCLA Health MRI technologist saves a patient from harm 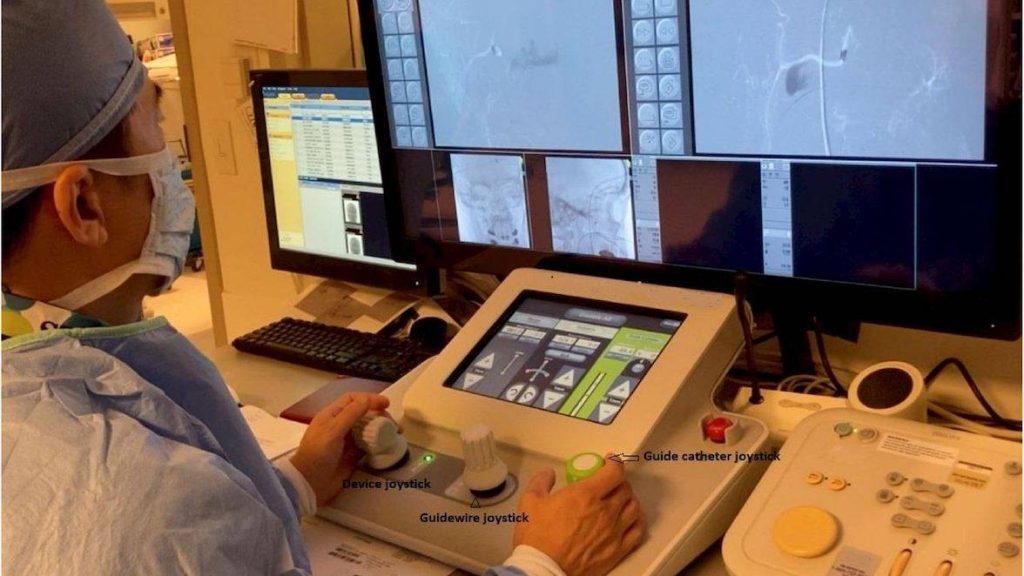