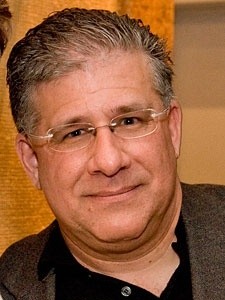 Adam Schaffer is convinced his then six-year-old son, Hayden, saved his life.

It was Thanksgiving weekend in 2005 and the Schaffers were visiting his parents near San Diego. The Friday after the feast, Schaffer and Hayden were wrestling around on the couch when the boy shot his father a powerful knee just above the groin.

Later that evening, Schaffer used the restroom and was alarmed to see blood in his urine. He tried to convince himself it was nothing. It would go away. But it didn’t.

“I was in utter disbelief. I wanted to believe it was because I had, oddly for me, been drinking a lot of Hawaiian Punch that weekend. That’s how much I wanted it to be nothing bad,” said Schaffer, a native Angeleno who was raised in West Los Angeles and who now lives with his family in Sherman Oaks. “But in my heart I knew it was bad.”

Schaffer gathered his family into the car and headed north towards home. After his children fell asleep in the back seat he mentioned the bleeding to his wife, Liz. Very concerned, the couple decided this wasn’t something they could ignore. After arriving home, Schaffer headed to the ER at a Tarzana hospital. It was 1 a.m.

An X-ray revealed a mass in Schaffer’s bladder. The ER doctors did what they could to halt the bleeding and sent Schaffer home with instructions to see his doctor or an urologist. Schaffer’s wife immediately went into what he calls “Chief Support Officer” mode and, through her network of friends, located an urologist who had privileges at the Tarzana hospital where Schaffer had gone. The urologist contacted the ER and got a description of the X-ray.

Meanwhile, Schaffer’s bleeding had returned and small bits of tissue also appeared in his urine. He was admitted to the hospital that same day, the Saturday after Thanksgiving. Later, the urologist walked into the room holding the X-rays and delivered the news that Schaffer did not want to hear. He had bladder cancer.

“I couldn’t believe it. I was only 44 years old and I had zero risk factors. I have never smoked and I live a healthy lifestyle,” said Schaffer, now 50 and the owner of a media sales and consulting firm. “I was absolutely stunned.”

While Schaffer and his wife were reeling, the urologist remained optimistic. He told Schaffer it was a very curable cancer and outlined a plan of how to proceed. They’d take the mass out and Schaffer would perhaps undergo a treatment called BCG, an immunotherapy that stimulates the immune system to fight the cancer.

Schaffer and his wife did not share the urologist’s optimism and remained very concerned. Liz had even started doing some intense research before Schaffer underwent surgery. The operation was 36 hours after the initial bleeding, and when the surgeon came out, Liz inquired whether he had taken any samples of the bladder wall, to which the tumor was attached. It was standard operating procedure and the only way to tell if the cancer had spread there. Knowing the results of such a biopsy would direct Schaffer’s future care.

“The doctor said no, he hadn’t, and he didn’t think it was necessary,” Schaffer said.

Schaffer later learned his tumor was hanging off a large vein in his bladder. As do many men his age, he was taking a low dose baby aspirin to keep his blood thin. Those factors combined with the knee to the groin resulted in a tear to the large vein and the blood in the urine.

If not for that, Schaffer might not have shown any symptoms until much later, giving the cancer a chance to grow larger and become much more dangerous. A biopsy of the tumor after surgery showed it was a very aggressive form of bladder cancer and would likely have spread if left unchecked.

About four to six weeks after surgery, Schaffer was to start treatment with his urologist. His Chief Support Officer wasn’t satisfied with the direction the urologist was headed. Through a family she knew from her children’s school, she was referred to Dr. Mark Litwin, a researcher with UCLA’s Jonsson Comprehensive Cancer Center and chairman of UCLA Department of Urology.

Litwin called Schaffer at home that same night, about two weeks after diagnosis and surgery. He was very concerned about the lack of a biopsy of the bladder wall. Litwin felt they needed to get back in there and take samples. Thirty days later, Schaffer was back in the OR in Tarzana.

Litwin’s concerns were validated. Cancer cells were found on the lining of the bladder wall, cells that might later have caused a recurrence. Schaffer needed aggressive therapy and monitoring, which was not what his urologist was recommending. In January 2006, just five weeks after finding out he had cancer, he moved his care to UCLA.

A recent study by Litwin and his colleagues found that nearly all patients with high-grade, non-invasive bladder cancer—the kind that Schaffer had—are not receiving the guideline-recommended care that would best protect them from recurrence. In fact, out of the 4,545 bladder cancer patients included in the study, only one received the comprehensive care recommended by the American Urology Association and the National Comprehensive Cancer Network.

Receiving the recommended comprehensive care for high-grade bladder cancer is critical, Litwin said, because it can significantly minimize the likelihood that patients will die from their cancer.

Under Litwin’s watchful eye, Schaffer received BCG treatment once a week for eight weeks, two more weeks than recommended because Litwin was worried about the aggressiveness of the cancer.

Following treatment, Litwin did extensive biopsies of the bladder wall and found no cancer cells. Then came a series of cystoscopies to examine the inside of Schaffer’s bladder. He underwent the procedure four times a year for the first three years, then three times a year for the next two years, also well above and beyond the guideline-recommended care. These days, he gets the procedure done twice year.

The cancer has not returned.

“If I hadn’t come to UCLA, I wouldn’t have received the aggressive care that I needed to fight this cancer,” Schaffer said. “My other urologist was very laissez faire about it, and wasn’t even sure I needed the BCG treatment. The UCLA team was spooked and that made me feel good, because I knew they were on the case.”

Today, six years out from his diagnosis, Schaffer is feeling good. Nagging thoughts of the cancer returning sometimes tug at him, but he’s thankful to be healthy and to be able to spend time with his wife and family, daughter, Ella, 8, and Hayden, now 12. He and his wife just celebrated their 18th wedding anniversary.

“I do get scared sometimes, but there are many days when I don’t think about the fact that I had cancer,” Schaffer said. “I’ve developed an amazing strength from this experience and I believe I’m a far better husband and father now. The little things don’t bother me anymore.”

And that Thanksgiving Day weekend knee to the groin?

“That saved my life,” Schaffer said. “I’m very fortunate that happened, so I could find this cancer early. And I’m thankful that my wife really started questioning the treatment recommendations I was getting. I urge all cancer patients to get an advocate like that. I also encourage them to get their rear ends to a teaching hospital as quickly as possible.” 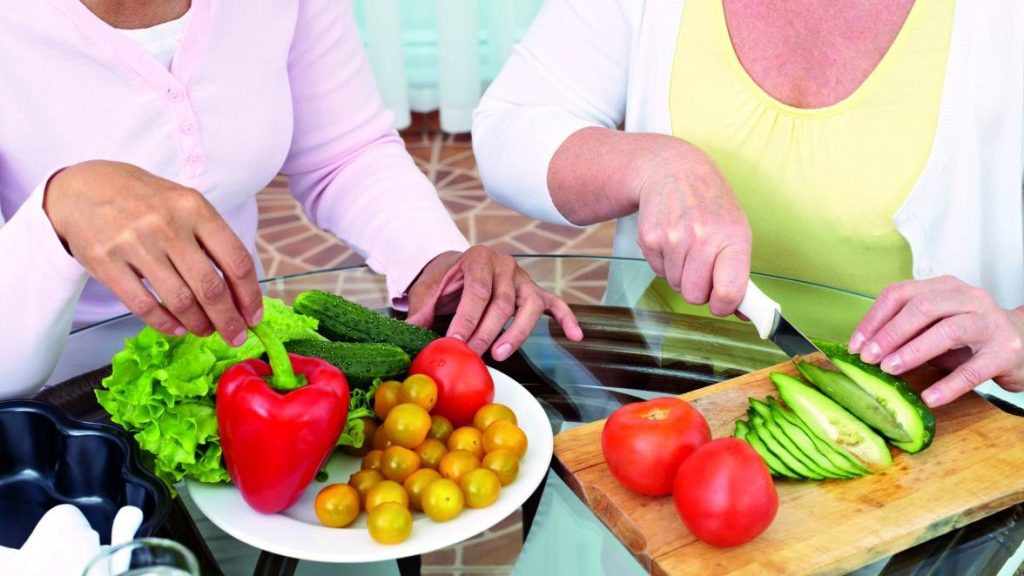 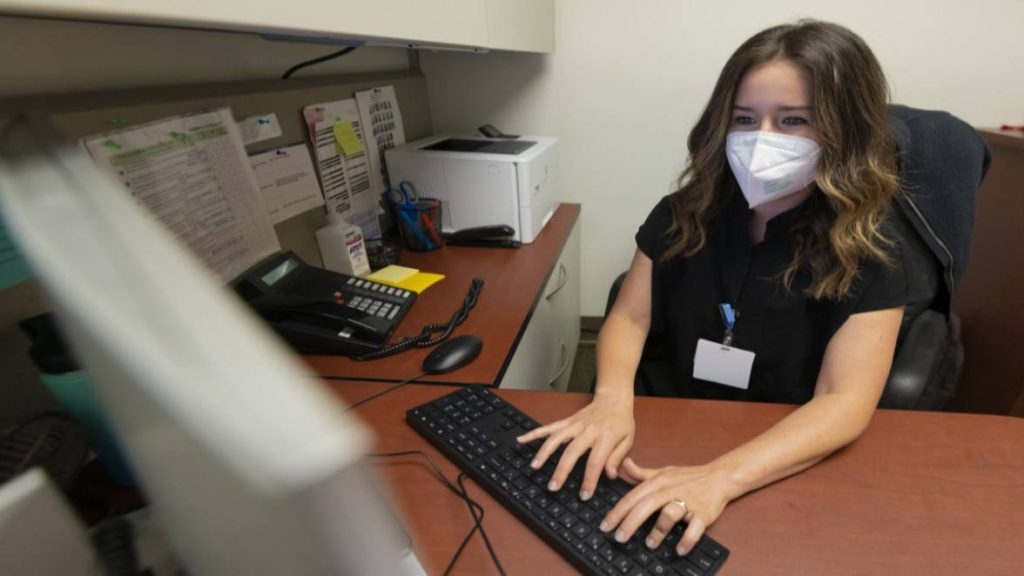