At one time, John Paul Jr. was among the nation's top professional race car drivers. But in 2001 he had to retire from racing when he noticed that his car would not respond the way he thought his hands and feet were telling it to while driving. He was diagnosed with Huntington's disease, a progressive neurological disorder. 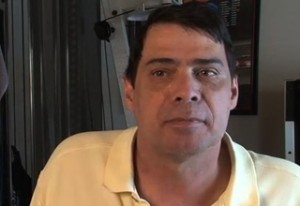 "It was starting to invade my racing," John Paul recalls. "I was having to actually talk my way around the track. I was having to tell myself to turn, accelerate, brake, instead of it just flowing."

Huntington's disease is a genetic disorder that causes degeneration of cells in certain areas of the brain, leading to uncontrolled movements, loss of intellectual faculties and emotional disturbance. John Paul's grandmother and mother also had the disease.

But the recent discovery of the Huntington gene - a mutation of one gene that sets in motion an attack deep within the area of the brain called the basal ganglia - offers hope for those with Huntington's disease as well as patient's with other neurodegenerative disorders like Parkinson's and Alzheimer's disease.

"As we develop better understanding for what's causing Huntington's, then targeted approaches can be made to stop the problems from happening with the ultimate goal of trying to delay the onset of the disease or slow down the progression of the disease, to stop the damage from happening," says UCLA neurologist Yvette Bordelon, M.D., Ph.D., a member of the UCLA Center for Neurodegenerative Disease Studies.

"A few years after the gene had been found, there were maybe three human clinical trials that had been done or were being conducted in Huntington's disease. Now there are 21."

John Paul's hope is that new discoveries will come in time to help his own children, who, like him, may have inherited the defective gene from their parent. That, says his half-sister, AJ Paul, "would be his ultimate winning race."