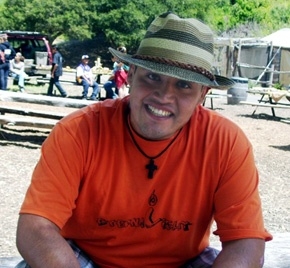 At 17, Roberto Martinez knew exactly what he wanted – to become a lawyer, earn lots of money and own an expensive home and a luxury car.

A great job and an impressive salary would be his ticket to the top, Martinez thought. Then he was diagnosed with advanced testicular cancer. For Martinez, it was a life-changing event.

Now, five years later, the house in the hills and the shiny sports car don’t matter to him. Surviving cancer has taught him what is important in life. He now plans to become an oncology nurse and help patients through their disease, a move inspired by the nurse that helped him through his cancer battle.

“My illness made me think about what I wanted in life and everything just changed,” said Martinez, now 22. “It became my priority to help others, to help those that are going through what I went through.”

Martinez plans to transfer to the nursing program at Santa Monica College next year. He hopes one day to work in the oncology ward at UCLA.

In the meantime, he volunteers in a Jonsson Cancer Center-based survivorship program and he’s participating in Spanish-language projects for LiveSTRONG, a foundation founded by Lance Armstrong, who also survived testicular cancer. Martinez volunteers with Padres and Teen Impact, nonprofit organizations that work to improve the quality of life for Latino children with cancer and their families. And this summer, Martinez will serve as a counselor at Camp Make-a-Dream for children with cancer. Like any young man his age, he enjoys playing sports as well, particularly basketball. But the majority of his free time these days is spent on volunteer efforts.

“I’m thankful for each and every day I wake up,” Martinez said. “I used to just live, now I live strong. My focus is to help others and tell them that with faith and hope, good things can happen for them.”

Martinez lives in downtown Los Angeles with his parents and two younger siblings, a brother and a sister. Life was going along as planned until one day he experienced stomach pain during rehearsal for a play at Cathedral High School. The pain grew worse and he began having trouble breathing.

Frightened, he called his parents, who rushed him to a nearby hospital. After waiting for hours in a downtown-area emergency room, his parents left and took him to UCLA.

At UCLA, doctors ordered extensive tests and the news was not good. Tumors were discovered in his stomach and in one testicle. A biopsy was ordered.

Martinez underwent two surgeries and six rounds of chemotherapy, four months during which the toxins being used to kill his cancer made him very ill. His parents and siblings were always with him, and his physician, Dr. Jackie Casillas, patiently explained to the tight knit group exactly what was going to happen to Martinez – both in English and in Spanish.

“She’s given so much to me and to my family,” Martinez said of Casillas. “I’m so thankful that I was able to be treated at UCLA.”

It was during his hospitalizations that Martinez met Tony, the oncology nurse that would inspire his future direction, a caring man who made Martinez laugh and assured him that everything would be OK. And in the end, it was OK.